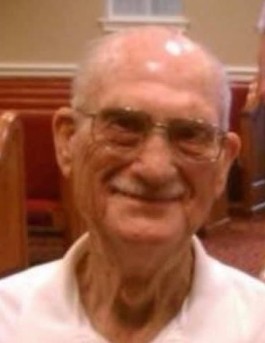 Joy Byron Alexander, 88, of Spavinaw, passed away on Saturday, May 11, 2019 in Langley, Oklahoma. He was born on August 10, 1930 in Saturn, Texas; the son of Andrew Jackson and Polly (Martin) Alexander. He married Lillian Edna Sullivan on May 3, 1952 at their preacher’s house in Hernando, Mississippi. He faithfully served in the United States Air Force, United States Navy, United States Army, and Air National Guard serving for a total of 21 years within the military as a flight engineer. He earned the rank of Master Sergeant. He worked 30 years for the federal government in the Department of Defense. He was a member of the United Methodist Church in Spavinaw and a member of the Adair and Pryor Masonic Lodge and Eastern Star. He was a 32nd degree Mason and a member of the Shriner’s in Tulsa. He was an active member of the American Legion for 25 years. He was a wonderful husband, father and grandfather and will be missed by all who knew and loved him.

Memorial services will be held at 11:00 a.m., Saturday, May 18, 2019 in the United Methodist Church in Spavinaw, Oklahoma.  To leave his family a message, please visit his Tribute Wall at www.shipmansfuneralhome.com. Cremation arrangements are under the direction of Shipman’s Funeral & Cremation Service.

To order memorial trees or send flowers to the family in memory of Joy Alexander, please visit our flower store.