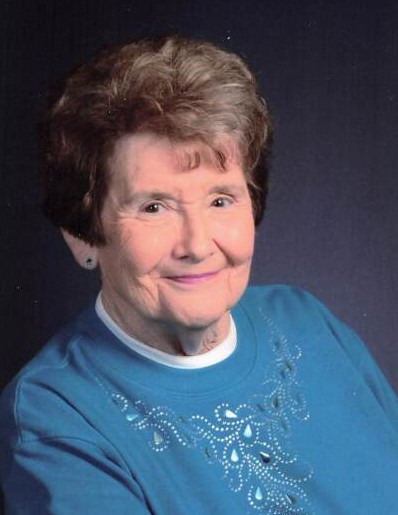 June Crawford Graham was born to Harshley and Gertie (Roberts) Crawford on June 29, 1937 in Kenwood, Oklahoma.  June lost her father at the age of five years old.  June and her mother then moved in with her mother’s parents, the Roberts at their farm in Rose, Oklahoma.  June then lost her mother when she was 14 years old.  June continued to be raised by her grandpa and grandma Roberts.  June attended her elementary years at Kenwood from first - eighth grade.  She attended Little Kansas High School, graduating in 1955.  June always told us that she was “rescued” from the holler by Harold Mann whom she married in the summer of 1955. Shortly after Harold and June were married, they moved to Tulsa where he went to work for American Airlines and she began and finished cosmetology school, starting a 64-year career. Harold and June were married for 23 years until his death in 1978.  In those 23 years they adventured all around the world, circling the globe 3 different times.

On July 2, 1979, June married her sweetheart, Clyde Graham.  They lived in Tulsa happily until his death in 2012. June and Clyde enjoyed traveling the world. Their pastimes were watching Hee-Haw and Polka dancing every Saturday night with their dog Jamie, as well as playing cards and visiting with family and friends.  June loved playing Farkle, shopping on QVC, talking for hours on the phone with friends and family, eating out (her favorite restaurant was Cheddar’s), doing puzzles, working in her flower beds and collecting cardinal decorations.  June was initiated into Circle Chapter, order of the Eastern Star on October 21, 1960.  June has been an active member of The Order of Eastern Star, Magic City Chapter #462, where she has served as treasurer for 60+ years.  She has always been a member of the Lutheran Faith.

To view the flowers sent to the family of June, please click the following link.

To order memorial trees or send flowers to the family in memory of June Graham, please visit our flower store.