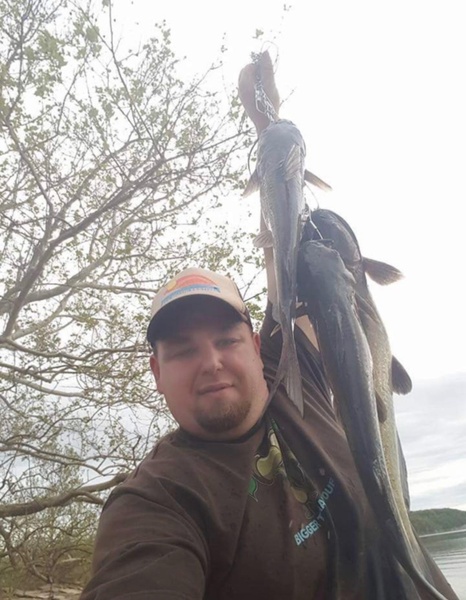 Justin Derek Henderson, 40, of Salina, passed from this life on Wednesday, June 22, 2022, at his home. He was born on June 24, 1981, in Bakersfield, California; the son of Rodger Henderson and Dianna Kay (Shaffer) Thomas. During high school, he loved to play football. After graduating, he pursued a degree in Culinary Arts and began working at various restaurants as a Chef. He loved to go fishing and watch movies. He was in his own band when living in California and loved music, especially when it came to playing his guitar. He leaves behind many memories for all to cherish and will be dearly missed by all who knew and loved him.

There are no services planned at this time. To leave his family a message, please visit his Guestbook at www.shipmansfuneralhome.com. Cremation arrangements are under the direction of Shipman’s Funeral & Cremation Service.

He is survived by his parents, Rodger Henderson of Salina, and Dianna Thomas; his brother, Lance Thomas of Bakersfield, California; his sister, Rhiann Thomas of Bakersfield, California; his grandmother, Lillie Henderson of Salina; and other relatives and friends. He is preceded in death by his brother, Jeffery Leroy Allen Henderson; sister, Cassandra Elizabeth Henderson; grandparents, Dennis and Jaqueline Shaffer, and Allen Henderson; and uncle, Lee Henderson.

To order memorial trees or send flowers to the family in memory of Justin Derek Henderson, please visit our flower store.