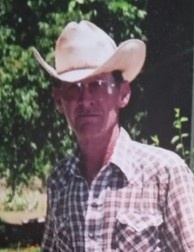 Kenneth Whittington, 74, of Rose, Oklahoma, passed away on Wednesday, December 11, 2019 in Muskogee, Oklahoma.  Kenneth was born on February 3, 1945 in Pryor, Oklahoma the son of Eli Whittington and Lena (Shaw) Whittington.  He faithfully served his Country in the United States Navy.  Kenneth married his love, Reta on August 17, 1964 in Huntsville, Arkansas.  He enjoyed raising his cows and being outdoors.  Kenneth also enjoyed watching the dirt track races and traveling with Reta.  He enjoyed his dog, Katy so much.  Kenneth loved his family, and all the time spent with each one.  He will be so very missed by all who knew and loved him.

Funeral Services will be held on Tuesday, December 17, 2019 at 2 p.m. in the Leach First Baptist Church with Pastor Terry Wofford and Pastor Erik Armstrong  officiating.  Interment will follow in the Elm Prairie Cemetery with Adam Conway, Aaron Conway, Ronnie Conway, Matthew Englehardt, Ethan Sinor and Zachary Hollenback serving as casket bearers.  The family will receive friends at the funeral home on Monday evening from 6-8 p.m. To leave a personal message to his family, please see his Tribute at www.shipmansfuneralhome.com. Arrangements are under the direction of Shipman’s Funeral & Cremation Service.

To order memorial trees or send flowers to the family in memory of Kenneth Whittington, please visit our flower store.