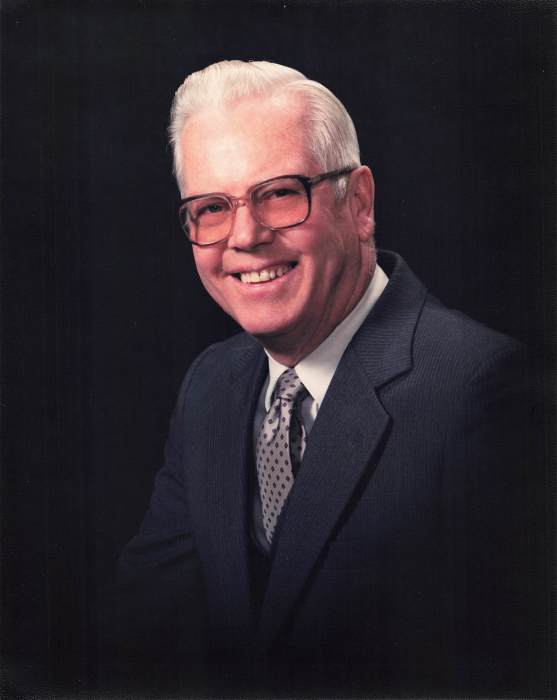 Landsay Fay “L.F.” Chronister, 91, of Salina, passed away on Friday, January 3, 2020 in Owasso, Oklahoma. He was born on June 18, 1928 in Kinta, Oklahoma; the son of Millard and Perna Bell (Fry) Chronister. Fay married the love of his life, Peggy Evans – McLaughlin on May 14, 1950 in Valliant, Oklahoma. He earned his Associate Degree in Education from Eastern Oklahoma Junior College, where he also played football, and earned his Bachelor Degree and Master’s Degree in Education from Southeastern State University in Durant. He also did graduate work towards a Doctorate degree at East Texas State University. He taught school in many towns across Oklahoma, including Glendale, Herndon, Wright City, Howe and lastly Adair, throughout his 36 years of teaching. He was the Junior High School and Elementary School Principal at Adair Public Schools and was also the Girls’ basketball coach. He enjoyed spending time coaching and helping his students throughout his teaching career. Fay was a man of God and loved teaching God’s word to anyone he met. He became an ordained minister at the First Baptist Church in Valliant, Oklahoma and also was the pastor at Utopia Baptist Church in Pensacola for many years, Salina First Baptist Church, interim pastor at Adair First Baptist Church, and many other Baptist churches throughout Eastern Oklahoma. Fay spent many summers working at Falls Creek Baptist Assembly. He was a very talented and well-known pitcher in fast pitch softball. Fay also enjoyed vegetable gardening and spending time with those he loved most. He leaves behind a beautiful legacy for his family to carry on and will be remembered by all these wonderful memories.

Funeral services will be held at 2:00 p.m., Tuesday, January 7, 2020 in the Utopia Baptist Church in Pensacola with his son, Pastor Kelly Chronister and family friend, Dr. Chell Propp, officiating. Burial will follow in the Ross – Mayes Cemetery. Visitation will be held from 6:00 p.m. until 8:00 p.m., Monday, January 6, 2020 in the Shipman’s Funeral Home Chapel. To leave his family a message, please visit his Tribute Wall at www.shipmansfuneralhome.com. Arrangements are under the direction of Shipman’s Funeral & Cremation Service.

To order memorial trees or send flowers to the family in memory of Landsay Fay "L.F." Chronister, please visit our flower store.