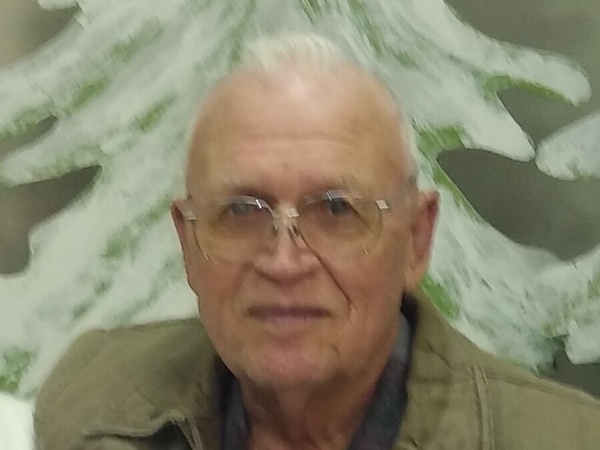 LeRoy Douglas Charles, 81, of Pryor, passed away on Wednesday, February 3, 2021 in Tulsa. He was born on March 30, 1939 to Douglas Elmo and Ruby Lurlea (Fielden) Charles in Pryor, Oklahoma, and after the war, was raised by Step – Father, Albert E. and Mother, Ruby L. Lee. LeRoy was a 1957 graduate of Pryor High School, a retired 26-year veteran of the US Army, a retired Postal Letter Carrier, a Conoco Pipeline retiree, and a Mayes County Farmer and Rancher at different times. LeRoy was married to Sigrid Christtraud Minna Jakel on December 31, 1965, in Erlangen, Germany. He was drafted into and served in the US Army from March 1962 until August 1988, serving five overseas tours in Germany, Korea, and Vietnam, retiring as a Post Command Sergeant Major, with many awards and decorations, including the Legion of Merit, a Bronze Star with one Oak Leaf Cluster, the Meritorious Service Medal with two Oak Leaf Clusters, the Army Commendation Medal with two Oak Leaf Clusters, eight awards of the Good Conduct Medal and several other awards and decorations. He returned to Pryor in 1988 from Germany, upon his retirement from the US Army, he went to work with the US Postal Service as a Letter Carrier, at first in Tulsa and then in Pryor until he retired in 1999, then he went to work with the Conoco Pipeline Company, part time and also hauling hot meals for the Community and Resource Development as part of the Meals on Wheels Program, and plus assisting his parents on their farm and Ranch, until they passed and until the Estate Sale. He was a loving and caring father, grandfather, and great grandfather, with three sons, Erich, Manfred, and Dieter, and four grandsons, Justin, Eric, Shane, and Derek, and one special granddaughter, Jade, and a very special Great Granddaughter, Skye. The children in the community all knew him as Opa, (Grandfather in German), and they all thought that he could fix everything and anything, from flat bicycle tires to broken chains, or to just kill invading snakes, or just to repair other toys, and they all enjoyed him digging worms and taking them fishing. It seemed like they always caught a bigger fish then he did. They all enjoyed being at his home on Sunday Morning so Oma and Opa would take them to church. LeRoy was a long-time member of the Pleasant View Baptist Church and after retiring from the US Army. He was a Charter Member of Midway Baptist Church, where he had been a Sunday School Teacher, the Sunday School Director, and served many years as the Church Treasurer and assisted in building the Original Building. He moved to the First Baptist Church in Pryor in 2007, and later became a Sunday School Teacher there.

Graveside services for LeRoy will be held at 10:00 a.m., Wednesday, February 10, 2021 in the Shipman's Funeral Home Chapel with Reverend Jerold Pilant officiating. Casket bearers will be Erich Charles, Manfred Charles, Dieter Charles, Justin Charles, Eric Charles, Shane Charles, and Derek Charles. Visitation will be held from 6:00 p.m. to 8:00 p.m., Tuesday, February 9, 2021 at Shipman’s Funeral Home. To leave his family a message, please visit his Tribute Wall at www.shipmansfuneralhome.com. Arrangements are under the direction of Shipman’s Funeral & Cremation Service.

LeRoy is survived by his wife, Sigrid of the home; three sons and a daughter in law, Erich and Tracie Smallwood of Killeen, Texas, Manfred of Bronx, New York, and Dieter of Pryor, Oklahoma, four grandsons, Justin, Eric, Shane, and Derek and one special granddaughter, Jade; and a very special Great Granddaughter, Skye, two special great grandsons, Lincoln and Emerson;  one brother, Stanley Lee of Pryor, one sister, Patricia Garner of Norman, Oklahoma, two half-brothers, (Carl, and J.L. Charles) and four half-sisters, (Linda, Cora Sue, Betty, and Sharon). He was preceded in death by his mother, Mrs. Ruby Lee in May 2005, and his Step – Father, Albert Lee, in May 2005, his biological father, Elmo and his step mother, Roxie in June 2012 and a half brother, Tom in 1997.

To order memorial trees or send flowers to the family in memory of LeRoy Charles, please visit our flower store.