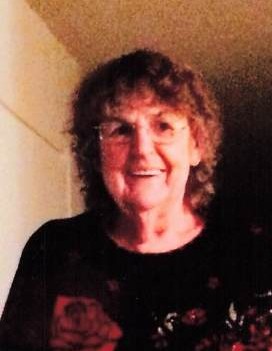 Lois Marie Stevens was born to Thelma Bell Watts – Sowell and Yateman Green Sowell in Gary, Indiana on July 5, 1936. Lois grew up in Gary and attended Edison High School. In High School, she put her bible on top of her schoolbooks to carry them to class. Lois took some college courses at Rogers States College in Claremore. Lois was married on October 26, 1958 to William Henry Stevens in Gary, Indiana. Lois and Bill had six children, despite Lois being told she would never live through a pregnancy. Jesus answered her prayers. Lois lived in 17 different states and over 30 different cities before moving to Pryor in 1973. In Pryor, Lois met the love of her life, Bill Thompson. He rescued her from her abusive husband. Bill Thompson had 5 children that she claimed as her own. Lois worked various jobs over the years. She was a school yard monitor in Bakersfield, California. She was the office manager and accountant for Bill Thompson’s construction company. Her favorite job was being a childcare worker at First Baptist Church. Lois loved children and wanted them to know about Jesus. She volunteered for Vacation Bible School. Lois always had a house full of children that she would take to church every Sunday.

Funeral services will be held at 10:00 a.m., Thursday, August 8, 2019 in the First Baptist Church in Pryor with Doctor Mike Cox officiating. Visitation will be held from 6:00 p.m. until 8:00 p.m., Wednesday, August 7, 2019 in the Shipman’s Funeral Home Chapel. To leave her family a message, please visit her Tribute Wall at www.shipmansfuneralhome.com. Arrangements are under the direction of Shipman’s Funeral & Cremation Service.

To order memorial trees or send flowers to the family in memory of Lois Stevens, please visit our flower store.