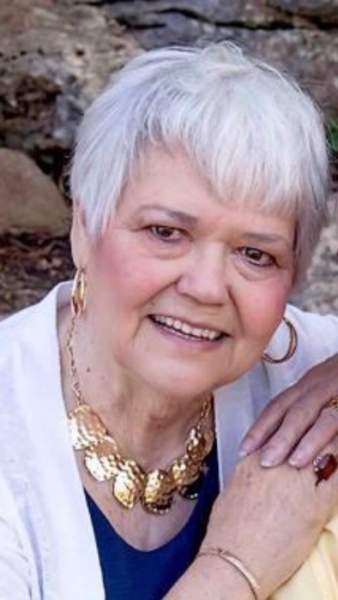 Margaret Mae (Bowlin) Polone, 81, of Pryor, passed away on Sunday, March 24, 2019 in Pryor. She was born on June 18, 1937 in Eucha; the daughter of George and Addie Bowlin. Margaret grew up in Eucha and Jay, Oklahoma, where she enjoyed playing basketball and swimming and playing in Spavinaw Creek with her brothers and other family members. Her family moved to Pryor, where she attended Pryor High School and met her future husband, Ralph Polone. They were married in June 1955 and three daughters were born to this union. Ralph and Margaret made their home in Pryor and lived there until moving to their land northwest of Pryor in 1970. They moved back to Town in 1982, where their youngest daughter finished High School and then moved back to their rural home where they have resided for the last 34 years. Margaret enjoyed bird watching, her daily soap operas, and going to the senior citizens center to play dominoes. Her greatest enjoyment was spending time with her children, grandchildren, and great grandchildren. She never missed a ballgame, school event, recital, or play that involved her kids. Margaret was known for her chicken and dumplings,  homemake pies and bread pudding, which  she made every year for her “boys” annual camp out. Margaret was a devoted wife, loving mother, and wonderful grandmother and will be missed by all who knew and loved her.

Funeral services will be held at 2:00 p.m., Friday, March 29, 2019 in the First Free Will Baptist Church with Pastor David Rumsey officiating. Burial will follow in the Fairview Cemetery in Pryor with Jones Hewling, Jeff Kindle, Todd Koscheski, Tyler Hewling, Jeff Stone and Jessie Gates serving as casket bearers. Visitation will be held from 6:00 p.m. until 8:00 p.m., Thursday, March 28, 2019 in the Shipman’s Funeral Home Chapel. To leave her family a message, please visit her Tribute wall at www.shipmansfuneralhome.com. Arrangements are under the direction of Shipman’s Funeral & Cremation Service.

Margaret is survived by her husband, Ralph Polone of the home; daughters, Marla Kindle and husband Jeff of Claremore, OK and Lori Hewling and husband Jones “Butch” of Edmond, OK; grandchildren, Todd Koscheski and wife Erin, Tyler Hewling and wife Loren, Cassie Rumsey and husband David, and Kelsey Hewling; great grandchildren, Karson Koscheski, Levi Hewling, Layla Koscheski and a future great grandson due in June; brother, George Bowlin of Langley, Oklahoma; and many other relatives and friends. She is preceded in death by her parents, George and Addie Bowlin; two brothers, Mack Bowlin and Bill Bowlin; and we have peace in knowing she is reunited with her little angel, Cheryl.

To order memorial trees or send flowers to the family in memory of Margaret Polone, please visit our flower store.