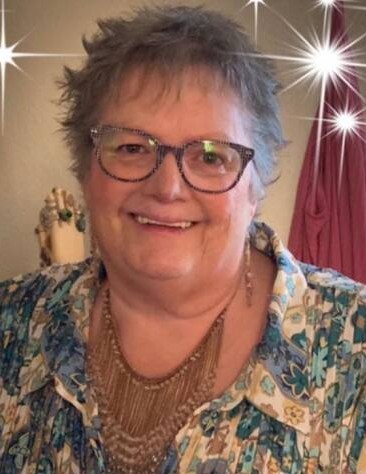 Marilyn Sue Mauck (Johnson) of Pryor, Oklahoma, passed away on Wednesday, October 28, 2020 at the age of 67, at her sister’s home in Claremore, Oklahoma.  She was born on August 12, 1953 in Kingston, Jamaica to David Henry and E. Lucile Baker Mauck.  Marilyn grew up in Jamaica, where her parents served as missionaries for The Church of God (Holiness).  In 1963 Marilyn and her family relocated to Fort Scott, Kansas then to Overland Park, Kansas where she grew up.

Marilyn attended Overland Christian Schools, and later graduated from Fort Scott Christian Heights in 1971.  After graduation, Marilyn pursued a Bachelor’s Degree in Education at Pittsburg State University.  Following her BA in Education, she continued on to Kansas City Community Junior College where she earned a degree in Mortuary Science.

Marilyn had a robust history of teaching, with her career starting at Overland Christian High in Kansas, followed by Osceola High School in Osceola, Missouri and Fort Scott Christian Heights, Fort Scott, Kansas.  After several years of teaching, Marilyn decided to give the funeral business a try and became a Funeral Director at Newcomers in Overland Park, Kansas.  In true Marilyn fashion and to keep everyone guessing, she took a job as the Loss Prevention Manager for Catherine’s Stout Store.  After working in the role for several years, she took an opportunity within the company, and moved to Baton Rouge, Louisiana in 1989.  Here, she met and later married Raymond Johnson, her husband of 30 years, spending many good times together – including touring cemeteries on the weekends!  While in Baton Rouge Marilyn returned to her true calling and passion – teaching and took a position at Cornerstone Christian Academy to teach High School English and History until the school’s closure in May of 1992. From there, and after visiting her sister Marji in Oklahoma, Marilyn and Raymond decided to move to Oklahoma to be closer to Marji, David and their son, Andrew.  Once settled in Pryor, Marilyn began her 26 year career at William Bradford Christian School where she left her legacy of learning not only the English language, but a sincere growth for education.  Throughout her years of teaching, Marilyn helped sponsor several senior trips, fundraisers and encouraged all of her students to reach their fullest potential and find their genuine purpose in life.

As a small part of her lasting legacy, and if you had the privilege to have had Marilyn as your teacher, you might be very familiar with the following:

-The way of the transgressor is hard

-A lot is two words

-Anyway does not have an “s”

Marilyn would try to instill in her students a sense of self and purpose, and that they mattered.  She would not accept anything but their very best.  As one of her students recently said, “She was always for the underdog-she made us feel important when others would write us off.”

Over the past few weeks, as Marilyn was nearing the end of her journey, she had a number of students come to see her.  As we all sat and listened to the students’ stories of how she changed their lives, she simply beamed with a big smile on her face.

Marilyn enjoyed reading, computer games, scrapbooking, and the many hours of fun and excitement Andrew and Asher brought to her life.  Her many scrapbooks highlight different activities and adventures throughout the years, and leave lasting memories of her time with us.  Along with her many hobbies and amusements, Marilyn loved to watch weekend football.  Together, she and Ray would root for the LSU Tigers and the New Orleans Saints.

Along with her family, Marilyn leaves a lasting impression on her students and a vast number of friends from all over the world.  The family would like to offer special thanks to Heather Trimble and the entire family-as Heather was by Marilyn’s side every day for 4 weeks allowing Raymond time to heal from surgery.  Thank you to Heather, Mark, Saige, Oliver ,Lynde, Clark and Nathan for your love and support during this time.  Your friendship is one that will carry on for years to come.

Additionally thank you to the staff that worked in the burn unit at Hillcrest Medical Center for the excellent care they provided during Marilyn’s lengthy hospital stay; and thank you to Good Shepherd Hospice for their care and support while letting us care for Marilyn at home.

A Visitation will be held on Friday, November 6, 2020 from 6-8 p.m. in the Shipman’s Funeral Chapel.  A Memorial Service will be held the following day on Saturday, November 7, 2020 at 2 p.m., in the Claremore Nazarene Church.  To leave a personal message or story for her family, please see her Tribute at www.shipmansfuneralhome.com.  To help cover funeral expenses and to help Ray rebuild and reestablish a home there has been an account established at: Marilyn Sue Mauck Benefit Fund, P.O. Box 189, Claremore, OK 74018.  Arrangements are under the direction of Shipman’s Funeral & Cremation Service.

To order memorial trees or send flowers to the family in memory of Marilyn Mauck, please visit our flower store.

Claremore Church of the Nazarene