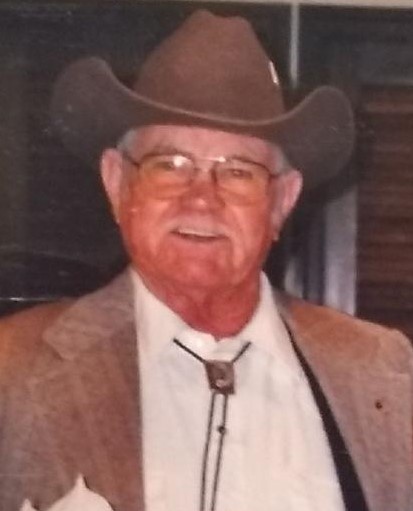 Marion Lloyd Hines, 81, of Chouteau, passed away on Saturday, January 12, 2019 in Muskogee, Oklahoma. He was born on September 2, 1937 in Drumright, Oklahoma. Lloyd faithfully served his country in the United States in the United States Air Force from 1955 until 1959. He attended the Spartan School of Aeronautics and worked as a mechanic most of his life. Lloyd started playing the guitar in the Air Force in Paris, France and continued playing and telling stories with his wife, Roberta. He enjoyed country music and played the guitar. He put a small band together, named the Silver Spurs Band. He and other played 6 years at the Western Diner, Senior Centers, Cafes and Diners. He was a wonderful husband, father, and grandfather who will be missed by all who knew and loved him.

Graveside services will be held at 2:00 p.m., Wednesday, January 16, 2019 in the Chouteau West Cemetery with Ken Spencer officiating. Visitation will be held from 6:00 p.m. until 8:00 p.m., Tuesday, January 15, 2019 in the Shipman’s Funeral Home Chapel. To leave his family a message, please visit his Tribute Wall at www.shipmansfuneralhome.com. Arrangements are under the direction of Shipman’s Funeral & Cremation Service.

To order memorial trees or send flowers to the family in memory of Marion Hines, please visit our flower store.