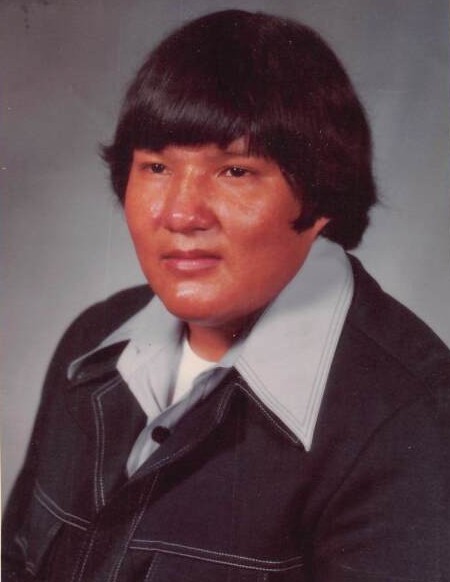 On Monday, February 10, 1958, Mark W Raper was born in Claremore, Oklahoma as the first-born son of Myrtle and Willie Raper.  Mark lived in Kenwood's Raper Holler most of his life until his sudden passing on Thursday, July 9, 2020 at the age of 62 years, 5 months, and 29 days.  Mark was the eldest brother to James, Emily, Esther, Eleanor, and Melody. Early in his childhood, Mark grew up in Elgin, Illinois during the years Myrtle and Willie were stationed under the Bureau of Indian Affairs relocation program.  First-time mom Myrtle doted on her son, making sure he had playmates and plenty of pictures of a bow-tied little boy dressed for many staged photos.  Returning to Kenwood from Illinois, Mark would share his years with his parents in their Raper Holler home. Mark attended Kenwood School and would later graduate from Salina High School in 1977.  He played defensive line-back and was named Senior Homecoming escort for the Wildcat Football team.  Mark was an avid fan of the Wildcats and attended games with his brother, James, and friends, Andy and Andrew Hair.  Mark would later earn his Associates Degree in Electronics from Haskell Indian Nations University. Mark worked in various positions throughout northeastern Oklahoma and Arkansas.  He remained close to home to care for his parents.  Quiet and loving in nature, Mark was devoted to their care.  After the passing of his father in 2008, Mark was the sole care provider for his mother until her passing in 2014.  He made sure she was cared for and at her constant side. Mark loved his family and was especially fond of his great nephews and nieces.  Mark would light up with a smile anytime they visited or when he learned they played sports or accomplished school goals.  He was their Uncle Mark, a name he enjoyed having. He enjoyed keeping up with his OU Sooners and Minnesota Vikings.  An avid sports fan, Mark favored watching sports on TV and traveling to car races with his brother James and close friends. Mark was instrumental on modifying the Cherokee Nation's Constitution by serving as a member of the 1999 Convention committee.  He was proud of his contributions as a fluent Cherokee speaker. Later in life, his health became a challenge in daily life. Though disabled from working, he remained informed with the current events by reading the Tulsa World daily.  It wasn't unusual to hear first-hand news from Mark.  He enjoyed the local newspapers and would often ask family to bring a paper when they visited him. Mark was well-known for his constant smile, kind nature, and gentle demeanor.  He always had a friendly smile and a kind "hello" when he greeted others. Mark may have been quiet in keeping to himself, but he did know the Lord.  He prayed and read his Bible. On a recent trip to an appointment, he and his sister were talking about God when he said, "I pray.  I pray because I know God hears me.  He takes care of me."  The sister and Mark shared this special time together just weeks before he was called home.  Mark is in glory with Jesus, his Lord and Savior. Mark, you will forever be our big brother.  Rest now and enjoy the sights and splendors of heaven.  Dad, Mom, James, Kennedy and our family greeted you safely home.

Services for Mark will be held at 2:00 p.m., Tuesday, July 14, 2020, at Shipman's Funeral Home Chapel with Reverend Richard "Guy" Soldier officiating. Visitation will be held on Monday evening, July 13, 2020, from 6:00 p.m. to 8:00 p.m. To leave his family a message, please visit his Tribute Wall at www.shipmansfuneralhome.com. Arrangements are under the direction of Shipman's Funeral & Cremation Service.

To order memorial trees or send flowers to the family in memory of Mark "Cowboy" Raper, please visit our flower store.