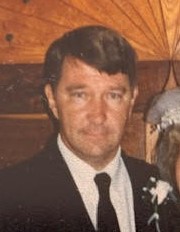 Marvin Eugene Leaders, 71, a loving father, builder, and landlord built and was owner of Leaders Apartments. He was born May 26, 1949 to Ken and Loretta Leaders in Minden, Iowa. He was a hard worker. He graduated high school with high honors in Iowa in 1967. Then, he spent a summer in Ohio. He then went to college in Iowa, he got a degree in electronics. After completing his degree, he went to work for Firestone. Marvin was drafted into the Army and served in Vietnam and served for 2 years. He was married to his first wife Bonnie, for 10 years. They had 3 boys. He liked visiting anywhere that has animals, especially the zoo. He liked going on the Showboat Branson Belle, going to Silver Dollar City, and Disney on Ice. Disney on Ice was his favorite part of the Tulsa State Fair because he liked watching ice skating. Marvin loved flowers, because of his love for flowers, the family spent a lot of time at the Woodard Park in Tulsa, OK.   He liked listening to people who he thought had a great singing voice; This is why he liked American Idol, but not as much lately as when it first started. He loved going out to eat and traveling. Marvin loved music, especially country music and oldies music. Some of his favorite songs were “Happy” by Pharrell Williams and “Moves Like Jagger” by Maroon 5. He was an avid TV watcher. Marvin loved old TV Shows such as Johnny Carson, The Waltons, and The Carol Burnett Show. He loved to talk to anybody even if he did not know them. He loved mowing and taking care of the apartments and enjoyed working in the yard. He met his second wife, Theresa, in Grove, OK at a music show, and in a few short months, they married in Eureka Springs. Shortly thereafter, they gave birth to a redheaded boy.

Graveside services for Marvin will be held at 1:00 p.m., Monday, March 29, 2021 at Graham Memorial Cemetery in Pryor, Oklahoma. Visitation will be held from 3:00 p.m. to 5:00 p.m. on Sunday, March 28, 2021 at Shipman’s Funeral Home. To leave his family a message, please visit his Tribute Wall at www.shipmansfuneralhome.com. Arrangements are under the direction of Shipman’s Funeral & Cremation Service.

Marvin is survived by his wife Theresa; children, Monte Ray, Angela, Cody, and Elijah Mounce of Salina, Wendell, Shelly, Katelyn, and Kurrin of Locust Grove and Laroy Leaders. He had 2 sisters, a sister-in-law and a nephew, nieces, and cousins. He was preceded in death by his brother Terry Leaders; son, Nick; parents and grandparents.

To order memorial trees or send flowers to the family in memory of Marvin Leaders, please visit our flower store.