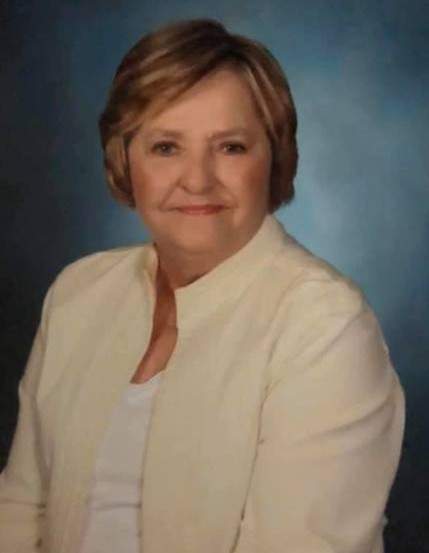 Mary Carolyn Hunt, 74, of Pryor, passed away on Tuesday, October 29, 2019 in Tulsa. She was born on August 30, 1945 in Broken Arrow, Oklahoma; the daughter of Robert Roscoe and Ruth Ailene (LaFarlett) Howell. She went to school and graduated in the Catoosa High School Class of 1963. She married Gary Hunt in July of 1964, from that marriage they had one daughter, Angela Hunt. Mary attended Northeastern State University and The University of Oklahoma and graduated with her Bachelor’s Degree in 1969 from The University of Tulsa.  She went on to earn her Master’s Degree in 1978 from The University of Tulsa.  From 1970 until 1978, she taught first grade in the Tulsa ISD at Lee Elementary and Owen Elementary.  After moving to Pryor in 1978, she taught first grade and then was the Reading   Specialist at Jefferson Elementary until her retirement in 2014. In April 2001, Mary earned the Title 1 Distinguished Educator Award by the Oklahoma State Department of Education and was the Jefferson Teacher of the Year in 2007. Mary was a 42-year member of the Pryor First United Methodist Church and also a member of the General Grand Chapter Order of the Eastern Star in Catoosa. She also served on the Catoosa All School Reunion Committee and was a member of the Catoosa Historical Society.  She loved going antique shopping, enjoyed living on the lake and was an avid reader. She was a loyal and loving friend and a wonderful mother and grandmother to her grand dog, Frankie. She leaves behind many wonderful memories and will be missed by all who knew and loved her.

Funeral services will be held at 10:00 a.m., Saturday, November 2, 2019 in the Pryor First United Methodist Church with Pastor Roger Parker officiating. Burial will follow in the Dick Duck Cemetery in Catoosa with Jimmy White, Doug Dixon, Brett Burford, Sean Walker, Dan Tresnak, Whitney White, Hailey White, and Brooke Lloyd serving as casket bearers. Visitation will be held from 6:00 p.m. until 8:00 p.m., Friday, November 1, 2019 at Shipman’s Funeral Home. To leave her family a message, please visit her Tribute Wall at www.shipmansfuneralhome.com. Arrangements are under the direction of Shipman’s Funeral & Cremation Service.

Mary is survived by her daughter, Angela Hunt of Dallas, Texas; granddog, Frankie; A niece, nephew, and a great niece, two great nephews and several cousins and close extended family. She is preceded in death by her parents, Roscoe and Ailene Howell and brother, Bob Howell.

To order memorial trees or send flowers to the family in memory of Mary Hunt, please visit our flower store.