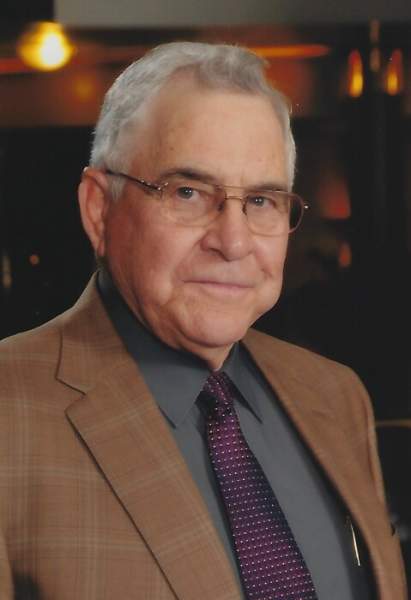 Max Barron Kendrick, 85, of Rose, went to his heavenly home on Tuesday, January 25, 2022 at his home. He was born on September 13, 1936 in Wingate, Texas; the son of Hollis G. Kendrick and Neva E. (Foster) Kendrick. Max grew up in Texas then moved to Oklahoma when he was 16 after his father became a foreman on an Oklahoma ranch. Max graduated from Kansas High School in 1955. He joined the United States Air Force and faithfully served our country in the reserves for several years. He married the love of his life, Donna Reed, on August 29, 1964, in Locust Grove. From their union came one son, Steven. Max and Donna spent over 57 years together. Together they owned and operated Bar 3 Ranch. Max was a man of high morals, and a very hard worker. A wonderful husband, father, and grandfather who leaves behind a legacy. He will be dearly missed by all who knew and loved him.

Funeral services for Max will be held at Leach First Baptist Church at 2:00 p.m., Saturday, January 29, 2022, with Pastor Ken Macken officiating. Burial will follow in Elm Cemetery in Leach, Oklahoma with Dale Heavener, Taylor McCuistion, Brent Pollett, Billy Wells, Barry McCuistion, Kelly McCuistion, and Clayton Williams serving as casket bearers. Honorary casket bearers will be Jim Martin and Randy Russell. Visitation will be held from 6:00 p.m. to 8:00 p.m., Friday, January 28, 2022, at Shipman’s Funeral Home. In lieu of flowers, the family requests that donations be made to Good Shepherd Hospice. To leave his family a message, please visit his Tribute Wall at www.shipmansfuneralhome.com. Arrangements are under the direction of Shipman’s Funeral & Cremation Service.

To order memorial trees or send flowers to the family in memory of Max Kendrick, please visit our flower store.