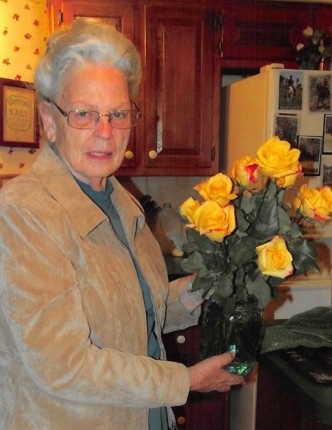 Maxine Lily Walker, 84, of Colcord, Oklahoma, passed away on Thursday, December 30, 2021 in Colcord, Oklahoma. She was born on February 20, 1937 in Skiatook, Oklahoma; the daughter of Lawrence Dewey Beatty and Bertha Matlock. She married Vernon Ray Walker on October 1, 1955 in Bristow, Oklahoma. They had celebrated over 61 years of marriage. She attended Westside Holiness Church in Claremore, Oklahoma until moving to Colcord, Oklahoma where she attended Tonnece Holiness Church. Maxine enjoyed being outdoors, flower gardening, and cooking. Maxine had a special place in her heart for caring for the elderly as long as her health allowed her to. A loving faithful wife, mother and grandmother, she leaves many wonderful memories for all to cherish.

To view the flowers sent to the family of Maxine, please click the following link.

To order memorial trees or send flowers to the family in memory of Maxine (Beatty) Walker, please visit our flower store.