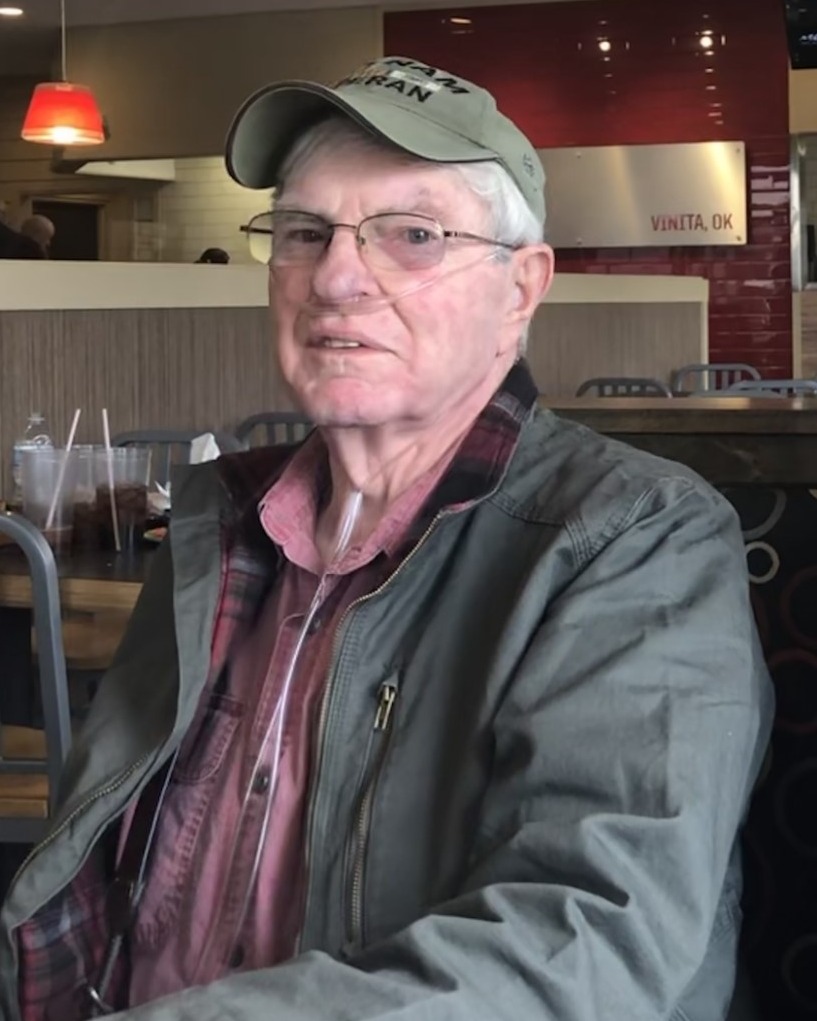 Michael “Mike” Ray Coatney, 75, passed from this life on Monday, January 17, 2023, at his home in Strang, OK.  Mike was born on December 18, 1947, in Miami, Ok, to Ray D. and Marie (Cowan) Coatney. He was a long-time resident of Mayes County, spending 50 years altogether living in both Pryor and Strang. He was a member of Utopia Baptist Church and enjoyed the time he was able to spend there. Mike was a proud Vietnam veteran serving in the U.S. Navy and Naval Reserve for five years (1967-1972). In 1970, he was introduced thru the mail to the love of his life…Wava Terhune.  They corresponded via mail for several months.  He came home on a short leave and was finally able to meet her in person. During that two weeks, he asked her to marry him.  Mike returned to duty where his ship, the USS Iwo Jima LPH-2, was sent back to sea.  Soon after, his ship was positioned and intercepted the Apollo 13 landing module. Mike was the only noncommissioned officer on the deck and assisted in landing the helicopter carrying the landing module.  The early landing of the Apollo 13 enabled him to return home and he and Wava were married on June 2,1970.  Mike was very proud to call himself a Vietnam Veteran. After starting a family, Mike began working at Pryor Police Department. He retired from there after 25 years with the rank of Assistant Chief.  Retirement didn’t suit Mike at the time, so he returned to work for the City of Pryor as the Civil Defense/Code Enforcement Officer where he received his second retirement many years later.  Mike was a graduate of Northeastern State University where he received his bachelor’s degree in Criminal Justice with minor in accounting. He was a lifetime member of the Mayes County Fraternal Order of Police Lodge #116. Some of his favorite activities included playing “cheating” dominoes at the Strang Community Center, finding treasures at his many thrift stores, visiting his favorite gun store (always in competition with his friend Dennis to be the first to get a certain gun), fishing with his son, harassing his friends and spending cherished time with his grandchildren. He leaves behind a wonderful legacy, many memories for his family to cherish and will be dearly missed by all who knew and loved him.

Funeral services for Mike will be held at 2:00 p.m., Friday, January 20, 2023, at the Mayes County Event Center with Pastors Eric Troyer and Eddie Bob Matthews officiating. Burial will follow in the Graham Memorial Cemetery in Pryor with Raymond Greninger, Derek Melton, Larry Rice, David Reed, Dennis Nichols, Jason Wood, and Scott Jones serving as casket bearers. Honorary casket bearers include Wayne Brady, Don McClellan, Kelly Stoops, Bill Kolb, and Joe Garrett. A visitation will be held from 6:00 p.m. until 8:00 p.m., Thursday, January 19, 2023, at Shipman’s Funeral Home. To leave his family a message, please visit his Guestbook at www.shipmansfuneralhome.com. Arrangements are under the direction of Shipman’s Funeral & Cremation Service of Pryor.

To order memorial trees or send flowers to the family in memory of Michael "Mike" Ray Coatney, please visit our flower store.