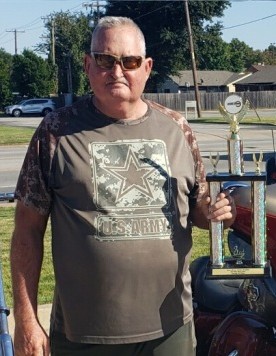 Michael Allan Lehr, 66, of Pryor, passed away on Monday, April 6, 2020 in Tulsa, Oklahoma. He was born on January 22, 1954 in Nowata, Oklahoma; the son of Earnest and Ruby (Walton) Lehr. Michael worked for many years at Thunderbird Youth Academy as a drill sergeant. He enjoyed hot rods, hunting, and was a man of faith. Michael was a loving father and grandfather who will be missed by his family and friends.

No services are planned at this time.

To order memorial trees or send flowers to the family in memory of Michael Lehr, please visit our flower store.