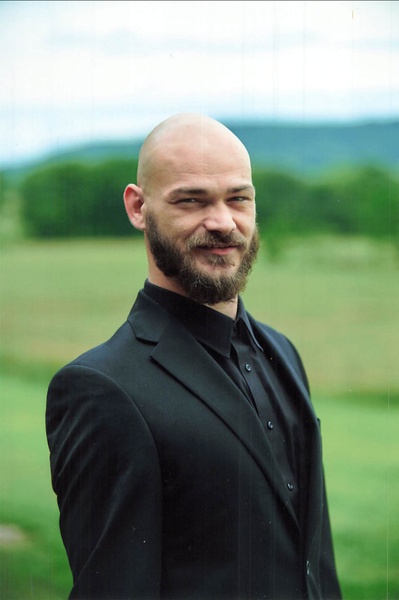 Michael Andrew Noyes, 33, of Chouteau, passed from this life on Sunday, June 5, 2022, in Chouteau. He was born on April 1, 1989 in Wagoner; the son of Henry Noyes and Melina (Hutchinson) Large. He married Brittany Beatty on June 2, 2021. He was well known for being family oriented and never turned down the opportunity to spend time with his children. Michael loved to spend time outdoors and everyone knew how much he loved OU football. He leaves behind many memories for all to cherish and will be dearly missed by all who knew and loved him. He was a wonderful husband, father, son, brother, and friend.

He is survived by his wife, Brittany, of the home; son, Steven Lacy; daughters, Katelyn Beatty, Serenity Lacy, Aliza, Elizabeth, and Mackenzie Noyes; dad, Henry Noyes of Chouteau; mom, Melina Large and husband Robert of Vinita; brothers, Henry Noyes of Pryor, and David Noyes of Chouteau; sisters, Beverly Fisher and Chuck of Lake Charles, Louisiana, Amber Cochlin and Larry of Chouteau, Lisa Miller and Michael of Wagoner, Brandy Gaines and Fred of Tulsa, and Melinda Johnson and Justyn of Tulsa. He is preceded in death by his grandparents, Mabel and George Noyes.

To order memorial trees or send flowers to the family in memory of Michael Andrew Noyes, please visit our flower store.