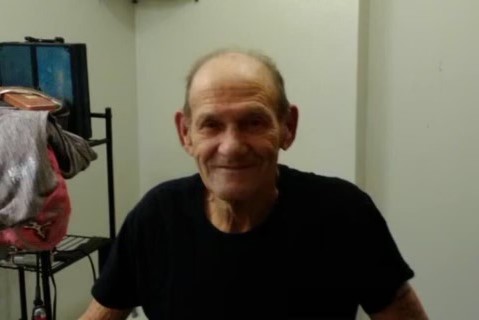 Mickey Etchison, 75, of Salina, passed from this life on Wednesday, November 17, 2021 in Salina. He was born on October 3, 1946 in Strang, Oklahoma; the son of Shade and Martha (Williams) Etchison. He married the love of his life, Dollie Meeks on July 9, 1974 in Pryor, Oklahoma. He spent a lot of his working days as a carpenter and took pride in doing so. He also enjoyed fishing, playing pool, and having a beer sometimes. You could often find him playing cards, watching the Andy Griffith show, singing, and dancing. Above all, he loved his children and grandchildren and was a very loving father and grandfather. He was known as a wonderful man who would help anybody who asked and will be dearly missed. He leaves behind many memories for all to cherish.

Funeral services for Mickey will be held on Monday, November 22, 2021 at 2:00 p.m., at the Blue Springs Church with Reverend Lorne Beck officiating. Burial will take place in the Ross-Mayes Cemetery with Curtis Brown, Nathan Etchison, Daniel Young, Scott Lee, Glen Pait, and Jeff Powers serving as casket bearers. Visitation will be held from 3:00 p.m. until 5:00 p.m., Sunday, November 21, 2021 in the Shipman’s Funeral Home Chapel. To leave his family a message, please visit his tribute wall at www.shipmansfuneralhome.com. Arrangements are under the direction of Shipman’s Funeral & Cremation Service.

He is survived by his son, Mickey Etchison and wife Mary of Vinita; his daughter Rebecca Powers and husband Jeff of Salina, Oklahoma; his sister, Sue Morris and husband Tommy of Seneca, Missouri; his brother, Bill Wampler and wife Carol of Rogers, Arkansas; his grandkids, Taylor, Makenzie, Blake, Addison Powers and Miranda and Nathan Etchison; and his great grandbabies, Landon Stewart, Daisy Powers, and Jaxon Brixey. He is preceded in death by his wife, Dollie; his parents, Shade and Vern; brothers, Joe Dean Etchison, Cleo Etchison, JD Etchison, Earl Wampler, Tommy Wampler; and sisters, Velma Walker and Thelma Uto.

To order memorial trees or send flowers to the family in memory of Mickey Etchison, please visit our flower store.