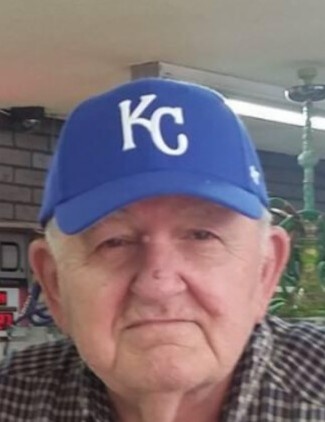 Milo Mason Dean of Big Cabin, OK passed away Sunday morning November 21, 2021, at the age of 83. Milo was born November 29, 1937, in Tulsa, OK, the son of Bill and Estella Dean. Growing up in Tulsa and graduating from Will Rogers High school in 1955. Milo and his sister Jayne had many fond memories growing up in Tulsa in the 40’s and 50’s. He proudly served in the U.S. Army and then went to college at OSU for two years before joining the Tulsa Fire Department in March of 1960 he proudly severed 35 years before retiring in 1995 as a Captain. Milo has many great memories of the TFD which was his true calling in life. Milo moved his family to the Big Cabin area in 1970 and started raising cattle and farming along with the job at the Fire Department. Milo and his two sons spent many summers in the hay field as he custom bailed hay for many years. Milo was head of Track Safety at the Tulsa Speedway from the 1960’s until it closed. Some of the best memories that Jeff and Tim have are going to the races with their dad. After retirement Milo spent many hours at the coffee shop with the regular gang, he enjoyed visiting very much. He also enjoyed going to the casino and playing cards. Milo was a man who obviously loved people and devoted his life to their safety in many ways. He will be remembered in all the wonderful memories he leaves behind for all to cherish.

Funeral Services will be held on Saturday, November 27, 2021, at 11 a.m. in the Shipman’s Funeral Chapel with Pastor Tom Teel officiating. Visitation will be held on Friday evening from 6 – 8 p.m. To leave a personal message to his family please see his Tribute at www.shipmansfuneralhome.com . Arrangements are under the direction of Shipman’s Funeral & Cremation Service. The family asks that donations be made to the Tulsa Firefighter's Museum.

Milo is survived by his sons, Jeff and wife Julie Dean of Big Cabin, OK and Tim Dean of Winganon, OK; four grandchildren, Blane Dean, Hanna Dean, Megan Dean and Charlie Dean; many other relatives and friends. He was preceded in death by his parents, Bill and Estella Dean, sister, Jayne Jacks; brother-in law, Ted Jacks, and many of his old buddies from the coffee shop.

To order memorial trees or send flowers to the family in memory of Milo Dean, please visit our flower store.