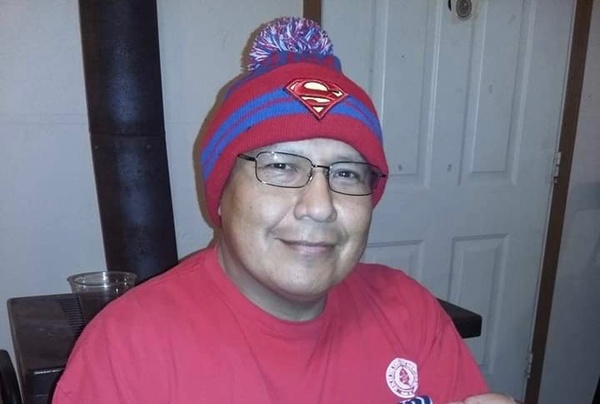 Milton Honawa, Jr. born July 19, 1971 in Lawrence, Kansas passed from this life on May 8, 2019 in Pryor, Oklahoma at the age of 47. Jr. is a 1989 graduate of Sequoyah High School in Tahlequah, Oklahoma and was a member of Haskell Baptist Mission during his youth. He was currently a member at Elm Prairie Baptist Church in Leach, Oklahoma. Jr. worked a variety of jobs during his adult life with his favorite being a Coca Cola truck driver and deliveryman. He had a knack for fixing cars and family and friends called on him many times for his service. All who knew him well, knew he was a true Jayhawk fan. Jr. was a caring son, brother, father, grandfather, uncle, and friend who leaves behind many memories for friends and family to cherish.

Funeral services will be held at 2:00 p.m., Monday, May 13, 2019 in the Ribbon Baptist Church in Spavinaw, Oklahoma with Reverend Floyd Kingfisher officiating. Burial will follow in the Jack Ribbon Cemetery with Sam Davis, Justin Buzzard, Mike Steinbach, Thomas Davis, Robert Davis, Jake Rolland serving as casket bearers. Visitation will be held from 3:00 p.m., until 5:00 p.m., Sunday, May 12, 2019 in the Shipman’s Funeral Home Chapel. To leave his family a message, please visit his Tribute Wall at www.shipmansfuneralhome.com. Arrangements are under the direction of Shipman’s Funeral & Cremation Service.

To order memorial trees or send flowers to the family in memory of Milton Honawa, Jr., please visit our flower store.