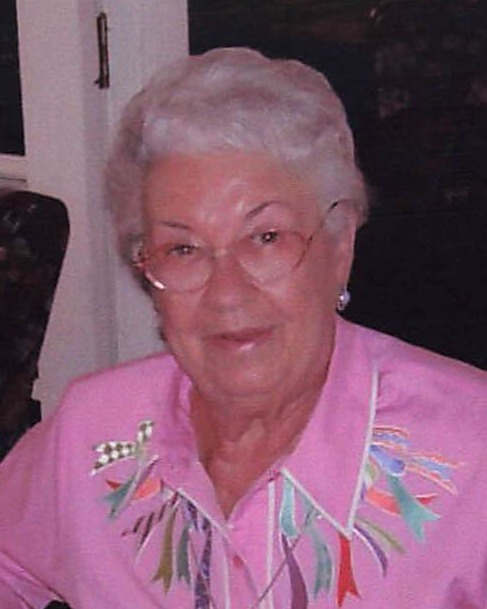 Naomi Louise Fowler, 97, passed away on Thursday, January 12, 2023 at Claremore Nursing Home in Claremore, Oklahoma. She was born on August 22, 1925 in Mannsville, Oklahoma to Emma (Johnson) McGuinn and “Mack” Harmon McGuinn. In California, she owned and operated an imported yarn shop and later became a real estate broker. Naomi and husband, “Pete” Charles Fowler moved from Morgan Hill, California in 1976 to Locust Grove, Oklahoma and purchased 38 acres and developed Pecan Grove Mobile Home Park. Soon they built the building for Naomi to start Fowler’s Flowers, where she worked as a florist for over 20 years. Naomi and Pete enjoyed many of their tenants and many of their customers that came into the Flower Shop. She also had a special love or OSU Cowboys and OKC Thunder.

Funeral services will be held at 2:00 p.m., Tuesday, January 17, 2023 in the Shipman’s Funeral Home Chapel with Brother Andy Nichols officiating. Burial will follow in the Hogan Cemetery in Locust Grove with Regan “Rell” Downing, Derek Withrow, Treg Thomas, Kenny Peacock, Angel Espinoza, and Jeff Ward serving as casket bearers. Visitation will be held from 5:00 p.m. until 7:00 p.m., Monday, January 16, 2023 at Shipman’s Funeral Home in Pryor. To leave her family a message, please visit her Tribute Wall at www.shipmansfuneralhome.com. Arrangements are under the direction of Shipman’s Funeral & Cremation Service.

To order memorial trees or send flowers to the family in memory of Naomi Louise Fowler, please visit our flower store.