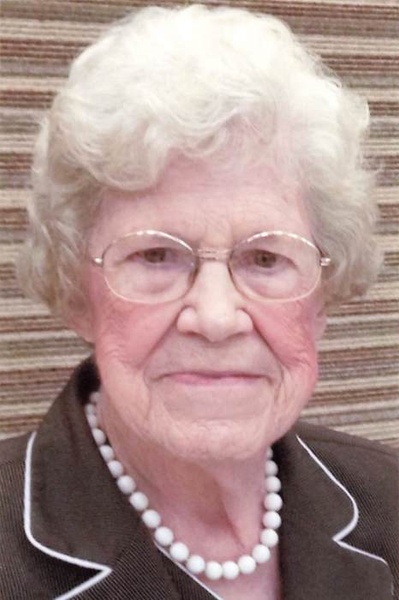 Naomi Jean (Blackledge) Wade Kay, 97, passed away on Friday, April 24, 2020, peacefully in her sleep in Broken Arrow, Oklahoma. She was born at home on March 31, 1923, in Chetopa, Kansas; the daughter of Elmer and Mary Maude (Elmore) Blackledge. She lived her childhood at their family farm in Chetopa and attended Gore Country School before graduating as Valedictorian in 1941 from Chetopa High School. She kept in touch with her high school classmates and attended school reunions well into her 80’s. Naomi met her husband Noe while she was waitressing at Alta’s Café in Chetopa, and they married on May 31, 1941. After their marriage, Noe and Naomi moved to Camp Pendleton in Oregon where Noe began his military service. As Noe continued his service in Europe, Naomi returned to Chetopa and worked at the munitions plant near Parsons, Kansas.  Together they had 3 children: Linda, Jim, and Joe Mike. In the late 1950’s, they moved to Pryor when Noe got a job at John Deere. Naomi held numerous jobs in Pryor over the years, primarily in bookkeeping and real estate. After 40 years of marriage Noe passed away in 1981. Several years later she began dating Jack Kay and they married on January 28, 1991. They spent 19 years together before his passing in 2010. She was an active member of the Pryor First United Methodist Church for over 50 years until she moved into assisted living in Owasso.  She enjoyed volunteering at church, spending time with her family and friends, bowling, playing bunco and bridge, reading and gardening. The last few years she enjoyed life amongst friends at Prairie House Assisted Living in Broken Arrow. She was a loving wife, mother, grandmother, and great grandmother who will be dearly missed by those who knew and loved her.

Services for Naomi will be a private family graveside in Chetopa, Kansas. Visitation will be held from 6:00 p.m. to 8:00 p.m. on Wednesday, April 29, 2020, at Shipman’s Funeral Home. To leave her family a message, visit her Tribute Wall at www.shipmansfuneralhome.com. In lieu of flowers, donations may be made to the First United Methodist Church, Pryor, OK.

To order memorial trees or send flowers to the family in memory of Naomi Wade - Kay, please visit our flower store.