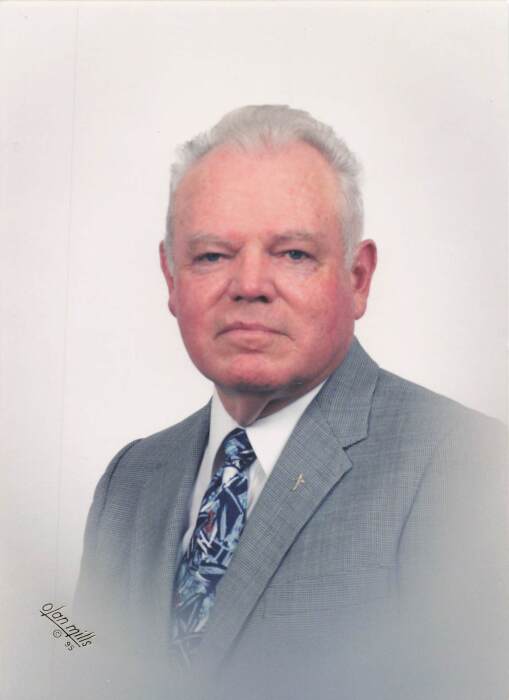 Nelson Harold Devers was born in Chouteau, Oklahoma on April 15, 1931. His parents were Lester and Thelma Devers. As a young child, Nelson went to school in Shawnee, Tulsa, Muskogee, and Chouteau. His family moved often with their various café ventures. Nelson’s mother died in an automobile accident when he was six years old. This affected him deeply all his life. His father Lester found a lovely woman, Vida Sullivan and they were married. Nelson loved to tell the story of going on his dad’s and Vida’s honeymoon. From the time Nelson was a junior in high school he made plans to become a teacher. He graduated from OSU and began teaching at his home high school, Chouteau in 1955. Soon he was drafted into the U.S. Army and served two years in San Antonio, Texas. When he was discharged, he returned to Chouteau Schools as a teacher and basketball coach. During the early 60’s, he married Deloris Couch of Chouteau, had two sons, Douglas and Cash Devers, and won the State Championship in high school boys’ basketball. He always said the 1960’s was a good time for him. In the following years, he taught and was Principal at Whitaker State Children's Home and was a teacher at Pryor Junior High School until his retirement in 1989. Nelson became a Christian when he was 9 years old and was baptized into the First Baptist Church of Chouteau when he was 34 years old. He loved serving as a deacon and being a member of the First Baptist Church in Pryor. He claimed that his Sunday School class there in the past few years was the best! In lieu of flowers, the family would appreciate donations to be made the Mayes County Gideons at P.O. Box 953 Pryor, Oklahoma 74362.

Funeral services for Nelson will be held at 10:00 a.m., Wednesday, May 11, 2022, in the Pryor First Baptist Church with Dr. Mike Cox officiating. Burial will follow in the Chouteau North Cemetery with Norm Hall, Terry Gwartney, Randy Thorman, John Pryor, Jim Goyer, and Robert Steddum serving as casket bearers. Honorary casket bearers will be the 1963 State Championship basketball team and his FBC Sunday School class. To leave his family a message, please visit his Tribute Wall at www.shipmansfuneralhome.com. Arrangements are under the direction of Shipman’s Funeral & Cremation Service.

To order memorial trees or send flowers to the family in memory of Nelson Devers, please visit our flower store.