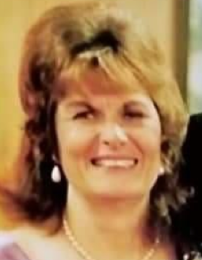 Opal Nadine Stroud passed from this life on July 13, 2020, in Salina, Oklahoma. She was born on June 22, 1939, in the family home in Seminole, Oklahoma to Tom Childress and Ina Faye (Douthit) Childress. Nadine grew up on several oil camps in Oklahoma and Texas. She attended Phillips High School in Borger, Texas; where she graduated with honors in 1957. While in school she worked at Mangels Department Store in Borger, Texas. Nadine was known as a sweet girl, popular and well-liked by all. She was in Girls’ Choir with the Ambition of a Secretary and Housewife. She met her husband, Darrel Stroud in Borger, Texas and they were married in August of 1957 and spent 63 years together. Nadine and Darrel moved to Catoosa, Oklahoma in 1961, where they purchased an unfinished house in the Rolling Hills community. They were one of the first to move into the newly developing community. They raised two kids, a son, Tommy Darrel and daughter, Lori Ann. Nadine was very active in school PTA, she organized school dances, Hootenanny, and Carnivals for the kids. Nadine worked to develop support and build the local Rolling Hills Fire Department, a now highly successful department with over 50 years of service to the community. Her husband, Darrel Stroud, served 32 years and retired as Assistant Chief. Nadine coordinated and organized the Ladies Auxiliary to have Bingo, Spaghetti Dinners, Dances, Pioneer Days, Firework Stands, and Christmas Events to Support the Firefighters. She also set up the Democratic Roadrunners Club to raise funding to build the Rolling Hills Community Center. Nadine worked with the Wagoner County Firefighters’ Tax to support all Fourteen Fire Departments in Wagoner County. Nadine was very involved in political events and campaigns. She was an avid Democrat and chaired and coordinated many committees and campaigns for Presidential, Governors, State Representatives, Police Chiefs, County Commissioners, and County and City officials. Nadine started and coordinated the Rolling Hills Neighborhood Watch for a safer community. She was an avid Christian and attended Rolling Hills Baptist Church in Catoosa. She worked diligently as an Avon Representative and she retired as a District Manager with 30 years’ service. She received countless awards and certificates for outstanding leadership and sales performance. In their retirement years, they moved to Salina, Oklahoma, and took residence in Tooker Point. She was a breast cancer survivor of 15 years and faithfully supported the Breast Cancer Awareness Charity. She enjoyed gardening and collecting collectibles. Nadine continued to support political, State, City, and community campaigns and events. She had the heart to serve God, Family, Community, and State. She will be missed by so many.

Funeral services will be held at 10:00 a.m., Thursday, July 16, 2020, in the Shipman’s Funeral Home Chapel with Chaplain Rick Walden officiating. Burial will follow in the Ross – Mayes Cemetery in Salina, Oklahoma with Chris Baldwin, Richard Quinn, Jerry Sanders, Glen Montgomery, Bud Gee, and Tom Stroud serving as casket bearers. Honorary casket bearers will be Junior Smith and Jim McKibben. Visitation will be held from 6:00 p.m. until 8:00 p.m., Wednesday, July 15, 2020, in the Shipman’s Funeral Home Chapel. The family wishes to extend a special thanks for retired Chief Joe Brown, the Salina Fire Department, and Opal’s caregiver, Jane Reed. To leave her family a message, please visit her Tribute Wall at www.shipmansfuneralhome.com. Arrangements are under the direction of Shipman’s Funeral & Cremation Service.

To order memorial trees or send flowers to the family in memory of Opal Stroud, please visit our flower store.