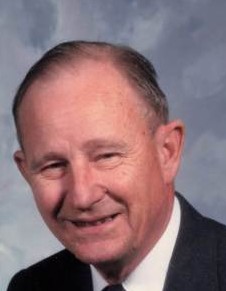 Paul Melton Venamon was born on August 4, 1925 to William Wallace Venamon and Amy Garber Venamon in Pensacola, Oklahoma. He passed away peacefully at his home on November 22, 2019, at the age of 94. He was a life long resident of Oklahoma, with the exception of a few years in Missouri, where he met his future wife, June Eddy. They were married on October 5, 1962, in Bolivar, Missouri. They spent their entire married life in or near Pryor, Oklahoma, with the last 46 years on a farm in the Pleasant View Valley, southwest of Pryor. He retired in 1987 from a long and successful career as an Independent Insurance Agent in Pryor. He was of the Methodist faith, and a member of the Pryor Masonic Lodge, the Odd Fellows, the York Rites, Knights Temple, The Bedouin Shrine, The Pryor Rotary Club and The Oklahoma Historical Society. In his retirement years, his passion was researching and documenting Mayes County History. He was a kind and generous person, who will be greatly missed by all.

Memorial services will be held at 10:00 a.m., Monday, November 25, 2019 in the Shipman’s Funeral Home Chapel with Becki Hawkins officiating. In lieu of flowers, the family asks that donations be made to the Salvation Army Red Kettle Drive in Pryor, Oklahoma. To leave his family a message, please visit his Tribute Wall at www.shipmansfuneralhome.com. Cremation arrangements are under the direction of Shipman’s Funeral & Cremation Service.

To order memorial trees or send flowers to the family in memory of Paul Venamon, please visit our flower store.