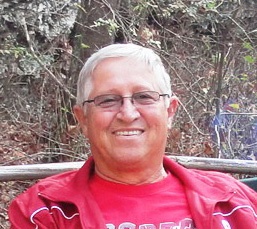 Peter “Pete” Earl Bagent, 74, of Spavinaw, passed away on Saturday, February 20, 2021 in Tulsa. He was born on February 7, 1947 in Macomb, Illinois; the son of Charles Ellis Bagent and Marcyellse (Weaver) Bagent. Pete married Diana Coker on Valentine’s Day of 1971. They have celebrated 50 years of marriage. Pete graduated high school in 1965 and in 2005 he earned his bachelor’s degree from RSU.  Pete enjoyed watching basketball, baseball, going fishing, and especially in his later years, going to the golf course. He especially loved the years he coached Pryor Little League Baseball and Softball. He was a fan of the  OU Sooners , St. Louis Cardinals, and the Dallas Cowboys.  He was employed for 19 years at Pryor Grede Foundry. Pete was an active member of the First United Methodist Church and belonged to the FUMC Men’s group.   He was a wonderful husband, father, and grandfather and leaves behind many memories for his family to remember. Pete had a very special relationship with his granddaughter, Cyanna.

Memorial services will be held at 2:00 p.m., Saturday, February 27, 2021 in the First United Methodist Church in Pryor with Reverend Roger Parker officiating. To leave his family a message, please visit his Tribute Wall at www.shipmansfuneralhome.com. Cremation arrangements are under the direction of Shipman’s Funeral & Cremation Service. In lieu of flowers, the family asks that you make a donation in honor of Pete to the National Kidney Foundation. kidney.org

To order memorial trees or send flowers to the family in memory of Peter "Pete" Bagent, please visit our flower store.