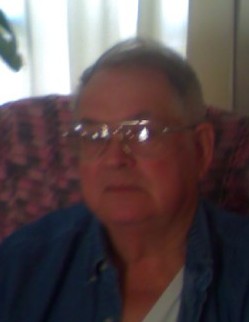 Raymond Douglas Morris, 78, of Vinita, passed away on Sunday, December 22, 2019 in Claremore, Oklahoma. He was born on October 29, 1941 in Boswell, Oklahoma; the son of James and Susie Elizabeth (Moffett) Morris. Raymond faithfully served his country in the United States Army and after being honorably discharged went to work at various jobs such as a hay farmer, which he loved, a police officer in Washington D.C., moved to Oklahoma and worked as a butcher, and finally a truck driver. Throughout his career as a truck driver he had driven over 10 million miles. He was a member of the Disney Assembly of God. Raymond was a lifetime member of the American Legion, Lions Club and in his spare time, enjoyed fishing, hunting, photography and looking for treasures with his metal detector. His favorite pastime was being the best grandpa he could be to his 24 grandchildren and 11 great grandchildren. He leaves behind many memories for them to remember and hold on to.

Funeral services will be held at 1:00 p.m., Thursday, December 26, 2019 in the Disney Assembly of God with Pastor Daryl Lee officiating. Burial will follow in the Ghormley Cemetery. Visitation will be held before the service from 8:00 a.m., until 10:00 a.m. at Shipman’s Funeral Home in Pryor. To leave his family a message, please visit his Tribute Wall at www.shipmansfuneralhome.com. Arrangements are under the direction of Shipman’s Funeral & Cremation Service.

Raymond is survived by his wife, Retha Morris of the home; son, Samuel Morris of Pensacola, Oklahoma; daughter, Elizabeth Williams and husband James of Noble, Oklahoma; 24 grandchildren; 11 great grandchildren and many other relatives and friends. He is preceded in death by his parents, James and Susie Morris, 4 children, David, Melinda, Michelle, and Daniel, 2 brothers, and 3 sisters.

To order memorial trees or send flowers to the family in memory of Raymond Morris, please visit our flower store.