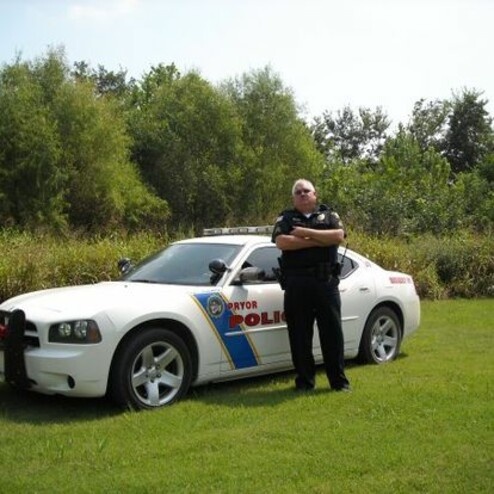 Richard Brent Crittenden, 58, of Pryor, passed peacefully away on Saturday, August 13, 2022 at his home. He was born on April 15, 1964 in Pryor; the son of Richard Henry and Bonnie Clarene (Clouse) Crittenden. He married Debbie Lord on June 11, 1983 and have spent 39 years of marriage together. Brent started working as a dispatcher for the Pryor Police Department in 1982 before starting his career as a Police Officer. He spent the next 29 years serving Pryor as an officer before his retirement as a Sergeant Detective in 2011. In his younger years, he enjoyed drag car racing with fellow police and firefighters and was an active member of the Gunfighters Motorcycle Club, where he was one of the 8 founding members of the Bigfoot Chapter for Northeastern Oklahoma and was currently chairman of the MESTA board. Brent enjoyed watching sports and was a fan of the OSU Cowboys, Kansas City Chiefs, and the Kansas City Royals.  Above all, he had a special place in his heart for his three grandchildren and enjoyed each moment he had to spend with them. He was a wonderful husband, son, father, brother, Papoo, and friend and leaves behind many memories for his family to cherish.

To order memorial trees or send flowers to the family in memory of Brent Crittenden, please visit our flower store.