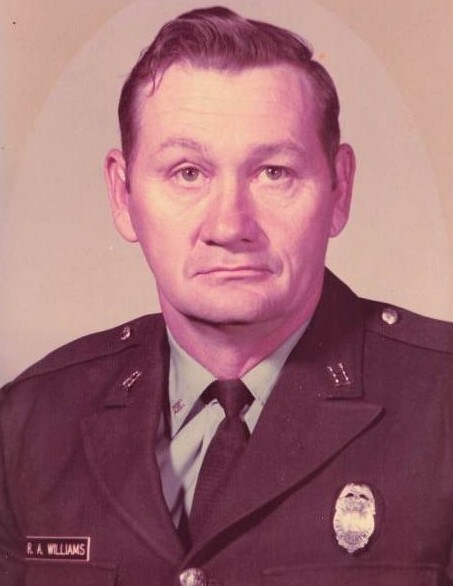 Richard “Dick” Allen Williams, Sr., of Big Cabin, passed from this life on Saturday, October 31, 2020 in Pryor, Oklahoma. He was born on April 19, 1927 in Tulsa, Oklahoma; the son of Everett and Katy (Edens) Williams. Dick faithfully served our country in the United States Army and is a World War II Army Veteran. He served over 20 years with the Tulsa Fire Department as a Captain. Dick and his wife Paula spent 56 years together, and have 5 children; Richard, Robert, Barbara, Darlene, and Donna. Dick was a farmer and cattleman who enjoyed growing his crops of all kinds and taking care of his livestock. He also was a musician and could play all instruments. Above all, he enjoyed spending time with his family and friends. He was a loving husband, father, and grandfather who leaves behind many wonderful memories for his family to cherish.

Graveside services for Dick will be held at 11:00 a.m., Tuesday, November 3, 2020 at the Military Cemetery in Pensacola, Oklahoma with Pastor Bill Bush officiating. Visitation will be held on Monday evening at Shipman’s Funeral Home from 6:00 p.m. to 8:00 p.m. To leave his family a message, please visit his Tribute Wall at www.shipmansfuneralhome.com. Arrangements are under the direction of Shipman’s Funeral & Cremation Service.

Dick is survived by his wife, Paula, of the home; sons, Richard Williams, Jr. of Adair, and Robert Williams of Skiatook; daughters, Barbara Krauser of Pensacola, Darlene Dobbs of Pryor, and Donna Willyard of Adair; brothers, Everett Williams of Tulsa; and numerous grandchildren and great grandchildren. He is preceded in death by his parents, Everett and Katy; and sister, Larue Sherrel.

To order memorial trees or send flowers to the family in memory of Richard "Dick" Williams, please visit our flower store.