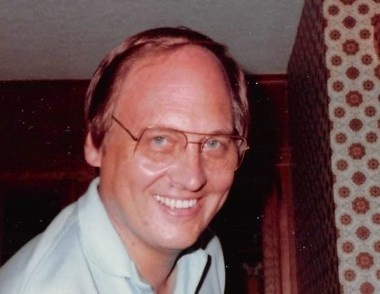 Robert Lloyd Brase, 79, of Adair, passed away on Thursday, March 7, 2019 in Claremore. He was born on April 26, 1939 in Tulsa, Oklahoma; the son of Richard and Velma Brase. He married Carolyn Sue Schulze on August 12, 1961 in Adair. Robert earned his Architectural Engineering Degree and worked as an Architect most of his life. Bloom Vanfossen Brase Architecture Firm was the first of several partnerships and he had his own private practice from 1967 until 1987 in Tulsa, Oklahoma. Robert was also a charter member of Southeast Tulsa Rotary Club. Robert was strong in his faith and was an active member of Grace Lutheran Church in Tulsa from birth until 1987, then an active member at Christ Church Lutheran Church in Phoenix, Arizona, and finally Bethlehem Lutheran church in Adair. He was a wonderful husband, father, grandfather, and friend who will be missed by all who knew and loved him.  He was proud to be active and supporting Oaks Indian Mission.  Robert loved woodworking and building furniture for family and friends and spending time in the garden.

Funeral services will be held at 2:00 p.m., Tuesday, March 12, 2019 in the Bethlehem Lutheran Church in Adair with Reverend Dwight Moeller officiating. Burial will follow in the Bethlehem Lutheran Cemetery with Wayne Schulze, Ted Meislahn, Matt Stevens, Laurance Schulze, Rob Clary, and Andrew Brase serving as casket bearers. Visitation will be held from 6:00 p.m. until 8:00 p.m., Monday, March 11, 2019 in the Shipman’s Funeral Home Chapel in Pryor. To leave his family a message, please visit his Tribute Wall at www.shipmansfuneralhome.com. Arrangements are under the direction of Shipman’s Funeral & Cremation Service.

Robert is survived by his wife, Carolyn Brase of the home; sons, Kevin Brase and wife Julie of Austin, Texas, and Michael Brase of Tulsa, Oklahoma; daughter, Lori Stevens and husband Scott of Adair, Oklahoma; sister, Sue McPartland of Phoenix, Arizona, 7 grandchildren, Zachary, Matthew, Andrew, Lauren, Sarah, Baylor, and Chandler, and 1 great grandson, Everett; and many other relatives and friends. He is preceded in death by his parents, Richard and Velma Brase, and brother John.

To order memorial trees or send flowers to the family in memory of Robert Brase, please visit our flower store.