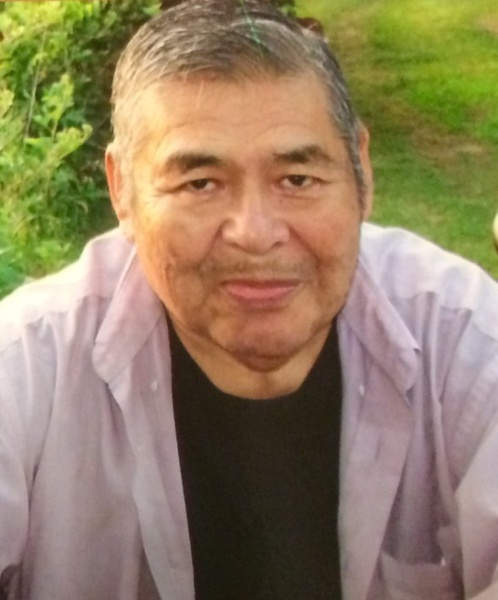 Robert Franklin Feeling, 78, of Peggs, passed away on February 9, 2019 at his home. He was born on September 4, 1940 in Claremore, Oklahoma; the son of Andrew Feeling, Sr. and Nellie (Thompson) Feeling. He married JoAnn Christie on January 27, 1967 in the Ballou Church in Locust Grove. Robert was an avid OU fan. He looked forward to going hunting and fishing and spending time outdoors. Robert had the green thumb of the family and loved to garden, both vegetables and flowers. He was a wonderful husband, father and brother who leaves behind many wonderful memories for his family to remember.

Funeral services will be held at 2:00 p.m., Thursday, February 14, 2019 in the New Jordan Church in Salina, Oklahoma with Brother Junior Sierra and Reverend Rufus King officiating. Burial will follow in the Little Rock Indian Cemetery with Thomas Feeling, Jess Feeling, Paul Henson, John Timothy, Junior Sierra and Ryan Sierra serving as casket bearers. Honorary casket bearers will be Jackie Feeling, Chris Feeling and Randall Laconsello. Visitation will be held from 6:00 p.m. until 8:00 p.m., Wednesday, February 13, 2019 in the Shipman’s Funeral Home Chapel. To leave his family a message, please visit his Tribute Wall at www.shipmansfuneralhome.com. Arrangements are under the direction of Shipman’s Funeral & Cremation Service.

To order memorial trees or send flowers to the family in memory of Robert Feeling, please visit our flower store.