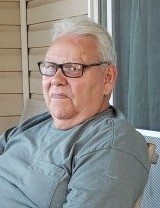 Ron Brumbaugh, 68, of Pryor, passed away on Thursday, December 30, 2021 in Tulsa, Oklahoma. He was born on June 18, 1953 in Eugene, Oregon; the son of Allen and Ruby (O’Field) Brumbaugh. He faithfully served his country in the United States Army. Ron worked as a welder most of his life, with many years as a welder at AXH Air Coolers in Claremore. Ron enjoyed fishing and spending time outdoors, working on cars and tinkering around the house. He loved to spend time with his grandchildren and cherished each moment he had to spend with them.

No formal services are planned at this time. To leave his family a message, please visit his Tribute Wall at www.shipmansfuneralhome.com. Cremation arrangements are under the direction of Shipman’s Funeral & Cremation Service.

Ron is survived by his wife, Susan Brumbaugh of the home; son, Brett Brumbaugh and wife Jonna of Pryor, Oklahoma; daughter, Kristy Sina and husband Jason of Oviedo, Florida; brother, Donald Brumbaugh and wife Joanne of Mannford, Oklahoma; sisters, Juanita Fritz and husband Bryce of Broken Arrow, Oklahoma and Susan Ewing and husband Miguel of Tulsa, Oklahoma; 4 grandchildren, Olivia, Jacob, Elijah, and Ariana; and many other relatives and friends. He is preceded in death by his parents, Allen and Ruby Brumbaugh, and son, Keith Brumbaugh.

To order memorial trees or send flowers to the family in memory of Ron Brumbaugh, please visit our flower store.