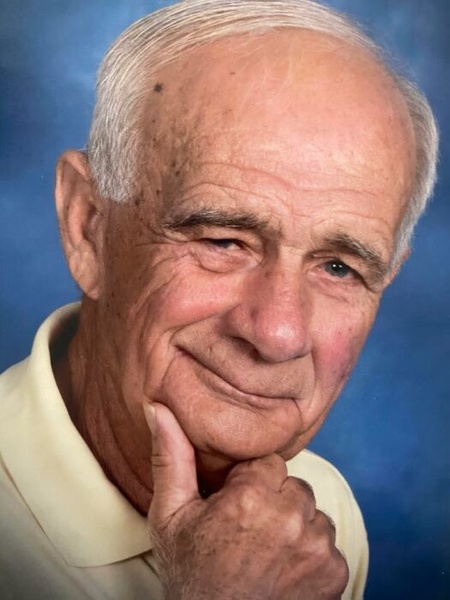 Leslie Ronald Vance was born on February 21,1939 in Tulsa, Oklahoma to Leslie Willard and Lois Lorraine (Brown) Vance. He attended school in Sperry, Oklahoma; Lodge Pole, Nebraska, Tahlequah, Oklahoma and graduated from Skiatook High School in 1957. He attended Okmulgee Tech where he was a point guard for the basketball team. Ronnie married Sarah Elizabeth Park on June 13, 1959, in Skiatook, Oklahoma, which was the first day of their 58 loving years together until she passed in 2018. Four daughters arrived in quick succession after his marriage to Sarah. They attended Immanuel Baptist Church in Skiatook, where Ronnie was saved and baptized in the early 1960’s. After moving to Salina, he was a member of Lakeview Baptist Church for many years and later moved his membership to First Baptist Church in Pryor. Ronnie’s work history included pipeline work in the hill country of Texas, co – owner of Magee – Vance Construction company in Skiatook, co – owner of Vance and Sons Heat/Air/Plumbing in Salina and he eventually retired from Tank Consultants in Tulsa. Ronnie loved to bird hunt and bass fish. He was very active and involved in the communities where he lived. He coached in an elementary girls’ basketball league, fought as a volunteer fireman in Salina and was president of the Salina Wildcat Booster Club for many years.

Funeral services will be held at 2:00 p.m., Thursday, November 19, 2020 in the First Baptist Church in Pryor with Dr. Mike Cox officiating. Burial will follow in the Ross – Mayes Cemetery with his grandsons, Andy Holman, Blake Crawford, Brent Crawford, Clint Whitenack, Travis Whitenack, Brock Crawford, and Nathan Holman serving as casket bearers. Visitation will be held from 6:00 p.m. until 8:00 p.m., Wednesday, November 18, 2020 at Shipman’s Funeral Home. To leave his family a message, please visit his Tribute Wall at www.shipmansfuneralhome.com. Arrangements are under the direction of Shipman’s Funeral & Cremation Service.

He is survived by his four daughters, Lorraine and Buddy Holman of Salina, Oklahoma; Elizabeth “Sissy” and Red Crawford of Salina, Oklahoma; Colleen and Johnnie Holman of Salina, Oklahoma, and Kim and Donnie Whitenack of Pryor, Oklahoma; nine grandchildren, Andy Holman, Blake Crawford, Brent Crawford, Sarah Jane Brickey, Clint Whitenack, Trenda Cisper, Travis Whitenack, Brock Crawford, and Nathan Holman; seventeen great grandchildren and one on the way; one sister, Carolyn Moore Billups and husband Don, two brothers, Lemuel and Patsy Vance and Raymond and Donna Vance; as well as a host of other family members and friends. He is preceded in death by his parents, and wife, Sarah.

To order memorial trees or send flowers to the family in memory of Ronnie Vance, please visit our flower store.