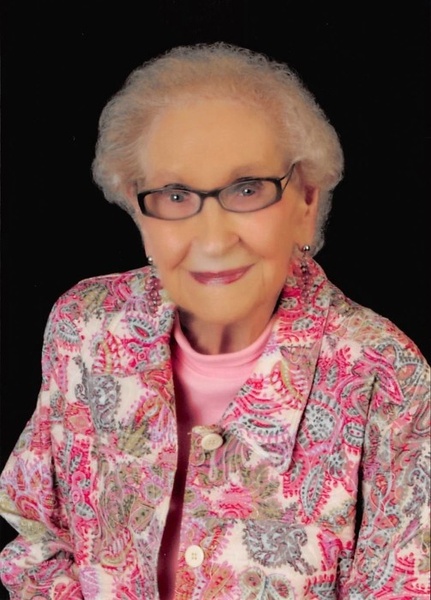 Rose Beck, 93, of Salina, passed away on Saturday, June 1, 2019 in Pryor. She was born on December 25, 1925 in Salina; the daughter of Le Poe and Edna (Garner) Bitting. Rose worked in the Salina area all of her life. She worked as the Salina City Treasurer for 13 years and was Salina Emergency Management before there was such a thing. Rose would turn on the tornado sirens, warning the town of Salina of incoming weather. Rose also worked for the Salina Spavinaw Telephone company for several years before working in the Salina High School Cafeteria. Rose was known in the Salina area for her work as the High School Secretary, working there for over 39 years; retiring at the age of 91. She was a member of the First Baptist Church in Salina and was the oldest member of the church. She was also a member of the American Legion Auxiliary. In her spare time, she enjoyed crocheting and sewing, and doing beadwork. She loved to travel, and was often the first person on the bus, when Salina High School sports had a trip to go on. She loved any sport that Salina had to offer and was one of their biggest fans. She also enjoyed going bowling and going fishing.  Rose was loved by everyone in her community. She was a wonderful mother and grandmother who leaves behind so many memories for her family to cherish.

Funeral services will be held at 10:00 a.m., Wednesday, June 5, 2019 in the First Baptist Church in Salina with Pastor Steve Waechter officiating. Burial will be in the Bryan Chapel Cemetery with Dustin Barringer, Daryl Bitting, Roger Shrum, Ross Barringer, Travis Willis, and Cody Willis serving as casket bearers. Viewing and book signing will be held on Tuesday, June 4, 2019 in the Shipman’s Funeral Home in Pryor. In lieu of flowers, the family asks that donations be made to the First Baptist Church in Salina. To leave her family a message, please visit her Tribute Wall at www.shipmansfuneralhome.com. Arrangements are under the direction of Shipman’s Funeral & Cremation Service.

To order memorial trees or send flowers to the family in memory of Rose Beck, please visit our flower store.

Viewing and Signing of Register Book