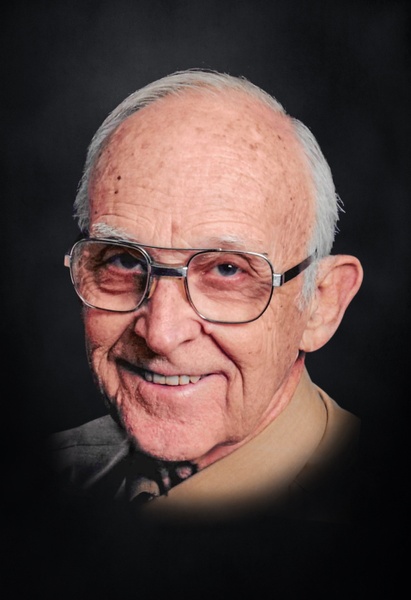 Russell Edward Chaney, named after his dad and his maternal grandfather, was born to Russell K. and Doris Marie (Warren) Chaney on July 24, 1924.  As a toddler his hair was cotton white so his grandfather dubbed him “Cotton Top” which eventually shortened to “Topper.”  Died July 7, 2021 just shy of his 97th birthday.  Topper and Gordonna Ferne Bates married on June 17th, 1950 in Tulsa and just recently celebrated 71 years together.

Topper was a Christ loving servant who attended Tulsa Immanuel Baptist Church, Locust Grove Cedar Crest Baptist Church, Pryor FBC and Life Fellowship.  As per his request, private family services will be held under the direction of Shipman’s Funeral Home.

Russell entered the United States Army after graduating from Tulsa Central High School, serving World War II in the Pacific Theater in New Guinea, the Philippines then on to post war Japan with the 650th Engineer Topographic Battalion. He attended Tulsa University and was a member of the Army National Guard until 1950.  Russell was employed by Stanolind Oil Company, Bethlehem Steel Pump Division, Douglas Aircraft, and Cherokee Nitrogen/N-Ren/WilGro where he worked the last 25+ years of his career.  He was also a professional photographer.

Russell was an outdoorsman & athlete (slalom water skied, fished for perch & ran trot lines for catfish, frog gigged, small game hunted, even roller skated into his 80s); was musically talented (pianist, organist, lent his strong tenor voice to Immanuel choirs as well as FBC Keenagers choir); had a lifelong love of horses for pleasure riding and often hitched his unmatched team to his iron wheeled wagon.  He and Gordonna were instrumental in reviving the Locust Grove Round Up Club in the 1960s, volunteering at rodeos and Club sponsored fall/spring overnight trail rides. He found also pleasure in riding his motorcycle. Topper volunteered many, many of hours in the offices of Mayes County Medical Center.

In 1964, Topper and Gordonna traded their suburban south Tulsa home for 40 acres south of Sam’s Corner where he spent long hours clearing land, cutting firewood and remodeling their 1901 four square home while teaching his children and grandchildren the lessons learned from persistence and hard work.  Many hours were spent creating keepsakes from wood; most family members possess furniture items he made just for them.  In 1992, they transitioned from life on the farm to Thurman Street in Pryor where they created a backyard oasis.

Russell was a great listener, had a dry witty sense of humor who found joy in both solitude and the crowds of family and friends that they entertained at the lake and on the farm.  All who knew him describe him as an honest man of integrity, being fair minded, slow to anger.

Services for Topper will be private, but friends are welcome to come by the funeral home anytime and sign his book. To leave his family a message, please visit his Tribute Wall at www.shipmansfuneralhome.com. Arrangements are under the direction of Shipman’s Funeral & Cremation Service.

To order memorial trees or send flowers to the family in memory of Russell "Topper" Chaney, please visit our flower store.