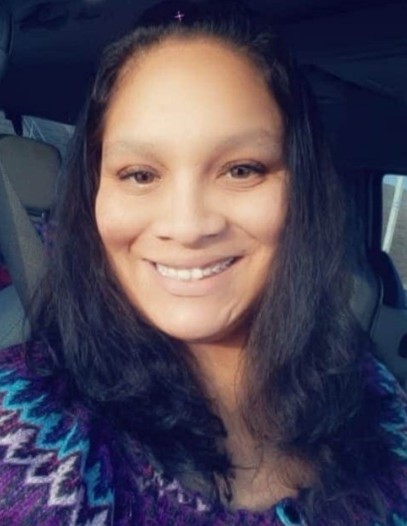 Samantha Ann (Curtis) Jones, 31, of Spavinaw, passed away on Saturday, July 25, 2020 in Pryor. Her Lakota name Tatanka Olowanwin, translation, Buffalo Sings with Her. Samantha was the great great granddaughter of Chief Red Cloud. She was born on April 25, 1989 in Pennington County, South Dakota; the daughter of Duane Curtis and Rochelle Poor Thunder. Samantha attended Spavinaw Elementary School where she played all sports and was chosen for the all-star basketball team.  She went on to graduate from Ketchum High School in 2008 as a member of the honor society. Samantha was the loving mother of Gracian Ray Jones, Emery Nichole Curtis, and London Shayann Curtis.   She enjoyed spending time with family, especially cheering for her son Gracian on the ball field. She was a firm believer in Christ and prided herself in raising her children in church.  Samantha was a member of the Spavinaw First Baptist Church.  She loved to take them to spend time outdoors, especially fishing, golfing and other activities. She had a bright personality and even brighter smile and leaves many memories for her family and friends to remember.

To order memorial trees or send flowers to the family in memory of Samantha Curtis, please visit our flower store.