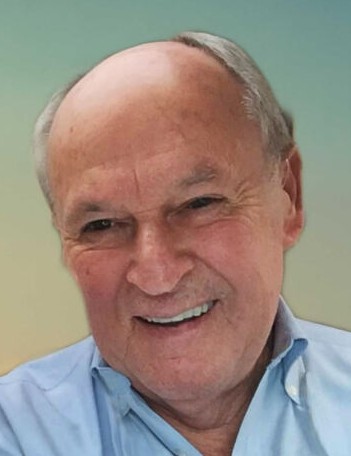 Sammy E. Barger was born March 6, 1944 to Claud O. & Nancy L. (Jones), and he had one brother, Dickey J. Barger. He grew up in rural Mayes County, Oklahoma, on his family farm, attended Cole Schools, and learned the lessons of hard work & responsibility. Sammy lost his father & brother at a young age; events that shaped him & that he carried throughout his life. He spoke of his childhood and upbringing on Star Route One with great pride, and a sparkle in his eye. He was immensely proud of his Cherokee heritage & loved to tell stories of his escapades, car chases/races, and, in his words, “the Pryor, Oklahoma version of American Graffiti.” He carried particularly fond memories and appreciation for his Uncle Cullen and Aunt Rachel Jones, special cousin Nick Holt, and lifelong friend, Bill “Lige” Morton.

Following his graduation from Pryor High School in 1962 and service in the Army, Sammy moved to Tulsa where he worked at St. John’s Hospital as a technician while attending Junior College, before moving on to the painting business. It was his next move to Tink’s Automotive that would forever change his life and build an incredible career in the car business that spanned decades. He joined Thomas Cadillac in 1980. Some of his favorite stories were of his years at Thomas, working with and for many who he carried memories of each & every day, and of his Tuesday lunch group at Atlantic Sea Grill. He called Thomas his home until 2003, serving for a majority of those years as the General Sales Manager; Sammy prided himself in not only his career, but in helping to build careers of others as well; he could be counted on in all facets: whether it was sales, management, on the service drive, or, simply, developing relationships with customers, he made sure his presence was known, and he was involved. Following roles at Ford, Lincoln & Jaguar, he made his final move to BMW in 2007, where he worked for 10 years until his retirement on March 31, 2017. He woke up on Saturday, April 1, 2017, enjoyed his coffee with his beloved golden retriever, Charlie, and stated he wanted to simply “enjoy relaxing and doing nothing for the first time in his life.” Sammy was crucial in Charlie’s formative years, being his best WORST influence, and developing Charlie’s finer tastes for filets, cheese and wine.

In his retirement, he treasured spending time relaxing, spur of moment road-tripping, fulfilling his greatest desire of reconnecting with old friends and loved ones, going to the lake, working and doing projects around his home & simply being able to take it easy. He had a deep passion for cars, guns, collecting Native artifacts to add to his extensive Indian collection and taking care of people, just as he always did in the car business.

Sammy gave his all in everything he did; he was a chance and risk taker, enjoying life along the way; he believed in living life to its fullest and that age was just a number; Sammy was a fighter until the very end, not ready to let go; he died peacefully on the morning of January 9, 2021, with Trisha and Jayme by his side. “The Chief” was priceless, deeply loved and he will be forever missed.

A private memorial and celebration of Sammy’s life is forthcoming.

To order memorial trees or send flowers to the family in memory of Sammy Barger, please visit our flower store.