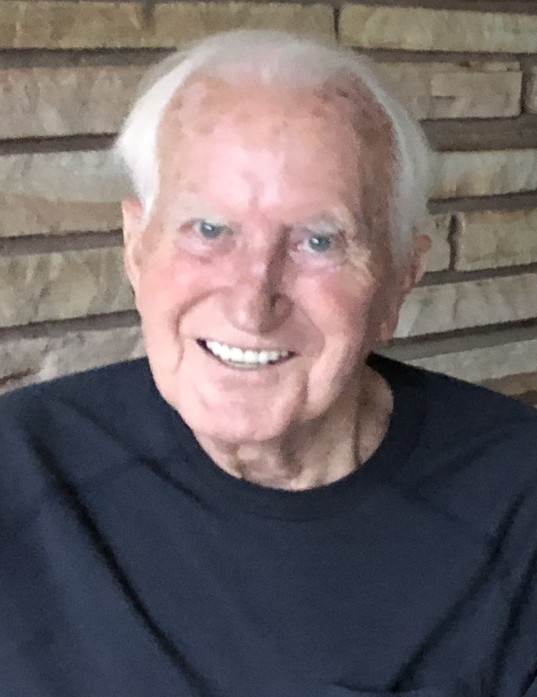 "Gene" Sanford Eugene Alvis, 86, of Pryor, Oklahoma, passed away on Monday, November 11, 2019, at his home. He was born on April 10, 1933 in Pryor; the son of Lee and Colista Alvis. Gene faithfully served his country in the United States from 1955 until 1958, serving most of his tour of duty in France. Gene held a General Contractors license in California and primarily worked in the construction industry. He was a master carpenter. He could build or fix anything that came his way. He was proud of his yard and enjoyed landscaping around his home. Gene loved to watch the sunset, birds, and the squirrels from his kitchen window. He loved family get-togethers, playing card games and Yahtzee. He was proud of being a long-term sponsor of Boys Town. Gene was a previous Owner of Bob and Jo Realty, Inc. while he never held a real estate license he was an investor, and at one time had 73 rental properties which he maintained with his wife Barbara. He loved children, especially his own grandchildren, who lovingly called him “Grandad Bad Carrot”. Gene had a bright smile and a great sense of humor. He leaves behind many wonderful memories and will be missed by all who knew and loved him.

Per Gene’s request, no formal services will be held at this time. To leave his family a message, please visit his Tribute Wall at www.shipmansfuneralhome.com. Cremation arrangements are under the direction of Shipman’s Funeral & Cremation.

Gene is survived by his daughters, Gina Alvis Watts and husband Gary of Pryor, Oklahoma, Colista Chaney and husband Chris of Florida, and Andrea Alvis Whitehead and husband Glenn of Houston, Texas; sister, Ruth Armontrout of Pryor, Oklahoma; numerous grandchildren (Leah, Rachel, James, Jason, Nicholas and Joshua) and great-grandchildren (Ireland, Abigail, Bryce, Taylor, Chase, Erin and Thomas) and many other relatives and friends. He is preceded in death by his parents, Lee and Colista Alvis and 5 siblings, wife Margaret Alvis of Sacramento California and Barbara Alvis of Pryor.

To order memorial trees or send flowers to the family in memory of Sanford "Gene" Alvis, please visit our flower store.