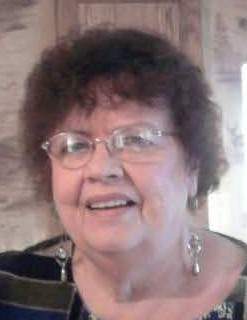 Shirley Ann Tharp, 84, of Pryor, passed away on Monday, September 27, 2021 in Pryor. She was born on May 23, 1937 in Indianapolis, Indiana; the daughter of Jessie Dixon. Shirley married Fred Overstreet, Sr. in 1955 and together they had 6 children. After Fred’s passing in 1966, Shirley met Festus Williams. Festus fell in love with Shirley’s children and raised them as his own. Together, Shirley and Festus were highly involved in the children’s activities throughout their life. She was the Cub Scout leader in Pryor and the Girl Scout leader in Locust Grove for many years. She was also involved in baseball, wrestling, and many other school activities. She worked in the home all of her life tending to the needs of her husband and children. Festus passed away in 1988 and some time after, Shirley met and married Jessie Tharp in 1996. In her spare time, she enjoyed sewing, crocheting, and tending to her garden and yard. Shirley loved spending time with her family and looked forward to attending her grandchildren’s activities. She also had a special place in her heart for her dogs. She leaves behind many memories for her family to cherish.

Funeral services will be held at 2:00 p.m., Sunday, October 3, 2021 in the Shipman’s Funeral Home Chapel in Pryor with Brother Dennis Nance officiating. A private family burial will be held on Monday in the Chelsea Cemetery with Jaxon Overstreet, Joseph Coutee, Brue Tibbets, Keiton Tibbets, Brayden Tibbets, and Jared Spurgeon serving as casket bearers. Honorary casket bearers will be Trey Overstreet, T.J. Overstreet, Jackie James, and Luke Higgins. Visitation will be held from 6:00 p.m., until 8:00 p.m., Saturday, October 2, 2021 at Shipman’s Funeral Home. In lieu of flowers, the family asks that donations be made to the Chouteau Pound Pals. To leave her family a message, please visit her Tribute Wall at www.shipmansfuneralhome.com. Arrangements are under the direction of Shipman’s Funeral & Cremation Service.

To order memorial trees or send flowers to the family in memory of Shirley Tharp, please visit our flower store.