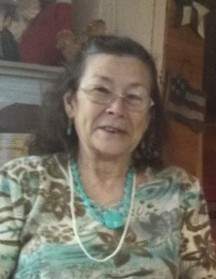 Shirley Kathleen Thompson, 69, of Gravette Arkansas, passed away on Wednesday, January 15, 2019 in Gravette, Arkansas.  She was born on November 15, 1949, in Pryor, Oklahoma; the daughter of Boyd Adam Thompson and Della Lee (Kirk) Thompson.  She worked as a seamstress for Fabricut for many years and continued her sewing skills after retirement.  She also loved crocheting as well as various other craft projects.  She also loved watching cooking shows on television and loved attending church.  She was a loving mother and grandmother and cherished each moment she had to spend with family.  She leaves a wonderful legacy behind for her family and friends to remember.

To order memorial trees or send flowers to the family in memory of Shirley Thompson, please visit our flower store.