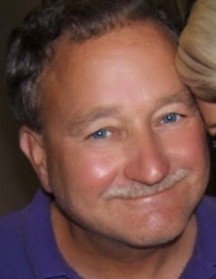 Stephen Wayne Davenport, 64, of Adair, passed away on Thursday, August 8, 2019 in Tulsa. He was born on March 26, 1955 in Okemah, Oklahoma; the son of J.D. Davenport and Patsy (Henderson) Davenport. Stephen faithfully served in the United States Airforce from September 27, 1973 until September 26, 1977. During his time in the Airforce, he worked as an Aircraft Mechanic and earned the rank of Sargent E-4. After his military service, Stephen went to college and become a radiology technician and worked at Hillcrest Pryor most of his career. He was proud of his military service and collected military memorabilia from all branches of service. Stephen proudly displayed his collections in his office to show veteran patients that he performed CT scans or x-rays on.  In his spare time, he enjoyed bass fishing, watching OU football, boating, going on vacations to the beach, and car shows. He was a wonderful husband, father, and friend who will be missed by all who knew and loved him.

Memorial services will be held at 2:00 p.m., Wednesday, August 14, 2019 in the Shipman’s Funeral Home Chapel with Father Celestine Obidiegwu officiating. In lieu of flowers, the family asks that donations be made to the Folds of Honor or to Blue Star Mothers. To leave his family a message, please visit his Tribute Wall at www.shipmansfuneralhome.com. Arrangements are under the direction of Shipman’s Funeral & Cremation Service.

To order memorial trees or send flowers to the family in memory of Stephen Davenport, please visit our flower store.