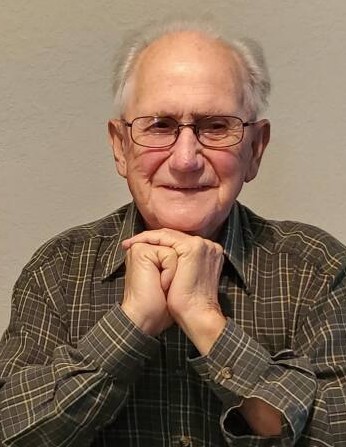 Ted was born on September 28, 1938 to Theodore G. and Elizabeth K. Harrison at Graceville, Minnesota. He passed away on November 2, 2020 in Tulsa, Oklahoma. Ted was raised in the Graceville area and graduated from Graceville, Minnesota. He served 6 years in the Army National Guard. He enlisted into the National Guard on August 26, 1963 and was discharged on August 25, 1967. Ted married Audrey Jane Jordal of Sisseton, South Dakota on July 13, 1963. He worked at the Farmers Union Corp in Sisseton until 1965, when they moved to Aberdeen and he began working at Hub City Iron Foundry. From there, he worked in foundry’s in Colorado, Utah, Missouri, and Pryor, Oklahoma. He began work at Air Products in Pryor in 1980 and retired from there in 2001. Ted enjoyed working with his cattle, fishing, and spending time with his family and friends.

A memorial service will be held on Friday, November 6, 2020 at 10:00 a.m. at St. John Lutheran Church in Pryor, Oklahoma. To leave his family a message, please visit his Tribute Wall at www.shipmansfuneralhome.com. Cremation arrangements are under the direction of Shipman’s Funeral & Cremation Service.

Ted is survived by his wife, Audrey Harrison of the home; daughter, Pamela and husband Randy Sutton of Pryor, Oklahoma; son, Eric Harrison and wife Dee of Jenks, Oklahoma; one granddaughter and three grandsons; 2 great grandsons; and many other relatives and friends. He is preceded in death by his parents, Theodore and Elizabeth Harrison; and 4 brothers, Vernon, Andrew, Clayton, and Dean.

To order memorial trees or send flowers to the family in memory of Ted Harrison, please visit our flower store.