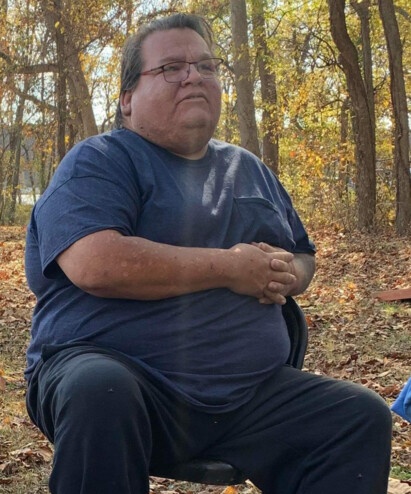 Thomas Sequoyah Ketcher, 55, of Kenwood, passed from this life on Friday, March 25, 2022 in Pryor. He was born on Christmas day in 1966; the son of Charley and Louise (Wickliffe) Ketcher. He was also known as Uncle Tommy and for driving around in his old blue Dodge. He enjoyed cooking hog meat, hunting arrowheads, and hanging out with his friends, Jamison Hair and Jerry Tagg. He also loved to look for wild onion and spend time at the creek, especially when he was catching crawdads. He liked to listen to old rock and roll, watch old tv shows, and play cards and dominoes. Most of all, he loved to be around his family and spend time with them any chance he had. He leaves behind many memories and will be dearly missed by all who knew and loved him.

A funeral service will be held at 2:00 p.m., Thursday, March 31, 2022 at Blue Springs Church in Salina with Pastor Lorne Beck officiating. Burial will follow at the Euwasha Cemetery with Pete Smoke, Lane Smoke, Forrest Smoke, Danny Joe Fisher, Richard Littledave, and Gary Panther serving as casket bearers. Honorary casket bearers will be Doyle Ketcher, James Bark, Mitchell Bark, Jerry Tagg, Jamison Hair, and Riley Smith. Visitation will be held from 6:00 p.m. until 8:00 p.m March 30, 2002 in the Shipman’s Funeral Home Chapel. To leave his family a message, please visit his Tribute Wall at www.shipmansfuneralhome.com. Arrangements are under the direction of Shipman’s Funeral & Cremation Service.

He is survived by his brothers, Mitchell Ketcher and wife Charlene of Salina, Charles Ketcher and wife Helen of Kansas, Rick Ketcher of Salina, and Nick and Dollie of Selgman, Missouri; sisters, Loetta “Peewee” Bark of Salina, Betty Smoke and husband Charles of Kenwood, and Rose Casey and husband Danny of Spavinaw; and several nieces and nephews. He is preceded in death by his parents, Charley and Louise; his grandparents; and brother, Cleophas Simon.

To order memorial trees or send flowers to the family in memory of Thomas Ketcher, please visit our flower store.