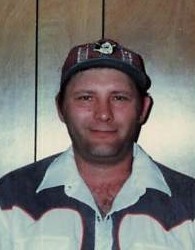 Tyrone Tate, 60, of Pryor, passed away on Thursday, November 14, 2019 in Pryor Oklahoma. He was born January 4th, 1959 in Seneca, Missouri; the son of Walter Tate and Clara (Carter) Tate. Tyrone enjoyed fishing, working in his flower garden, and watching the television show, Mash. He worked for Orchid Paper for a number of years as a laborer. He was a wonderful husband, father, grandfather and friend who leaves behind many cherished memories by all who knew and loved him.

A memorial visitation will be held at 6:00 pm on Thursday, November 21, 2019 at Shipman’s Funeral Home.  To leave his family a message, please visit his Tribute Wall at www.shipmansfuneralhome.com. Cremation arrangements are under the direction of Shipman’s Funeral & Cremation Service.

To order memorial trees or send flowers to the family in memory of Tyrone Tate, please visit our flower store.