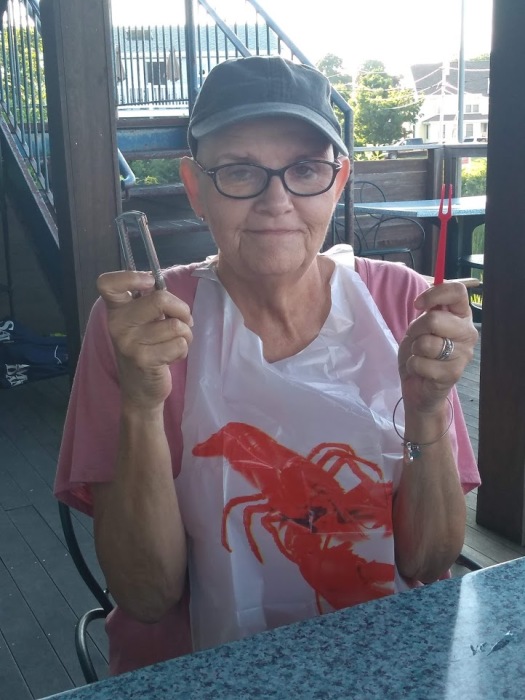 Vanessa Dale Mullin, age 65, passed away peacefully September 30, 2019 after a short battle with cancer.  This bright, funny, loyal, wife, mother, sister, and grandmother was born February 4, 1954 in Philadelphia, Pennsylvania to Basil Sekula Jr. and Grace Adeline Whoy.  Vanessa married Thomas Wayne Mullin, on October 15, 1989. Shortly after their marriage they moved to Afton, Oklahoma with their 3 children.

Vanessa worked at Arrowhead Yacht Club for over 20 years before retiring.  She had many titles while working there but found her true calling with baking.  She would often invent her own types of desserts.

Vanessa was a true friend and committed to her family.  She was not afraid to speak her mind and you never had to ask where you stood with her.  She had a quick sense of humor that was always laced with a bit of sarcasm. Vanessa loved to cook, read Terry Pratchett novels, listen to music, take road trips, and the beach.  She also collected Christmas village pieces and has an extensive collection. Vanessa will desperately be missed by those who loved and knew her.

A celebration of Life will be held on Tuesday, October 15, 2019 at 2:00 p.m.  in the Shipman’s Funeral Home Chapel with Michael P. McChurin officiating. To leave her family a message, please visit his Tribute Wall at www.shipmansfuneralhome.com. Arrangements are under the direction of Shipman’s Funeral & Cremation Service.

To order memorial trees or send flowers to the family in memory of Vanessa Mullin, please visit our flower store.