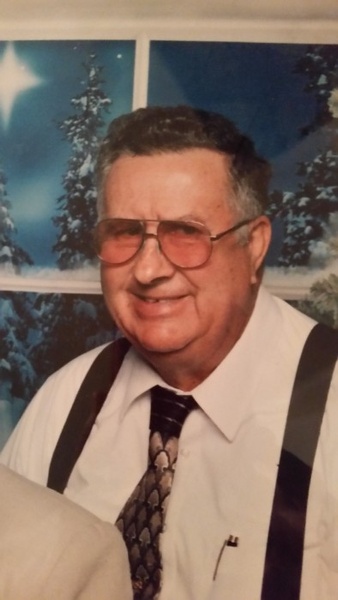 Vernie F. Vanbeber, 79, of Chouteau, passed away on Wednesday, March 4, 2020 in Tulsa. He was born on April 6, 1940 in Wagoner, Oklahoma; the son of Francis and Crystal (Stewart) Vanbeber. He married Deredia Drury on October 30, 1959 in Muskogee, Oklahoma. Vernie loved working with cars and was a mechanic most of his life. He owned and operated Vernie’s Auto Supply for many years and was a welder. He also worked in the Chouteau Tag Agency and enjoyed visiting with those he came in contact with. He enjoyed working in his shop and spending time with his grandchildren. He also liked to play solitaire on his tablet. Vernie was a member of the Lighthouse Assembly of God in Locust Grove. He was a wonderful husband, father and brother and leaves behind many memories for his family to hold on to.

Funeral services will be held at 2:00 p.m., Tuesday, March 10, 2020 in the Lighthouse Assembly of God in Locust Grove with Reverend Harry Jackson officiating. Burial will follow in the Chouteau West Cemetery with Charles Dyches, Jason Brumley, Tim Hammons, Jonathan Vanbeber, Jason Jackson and Kenny Nelson serving as casket bearers. Honorary casket bearers will be Patrick Nelson and Landon Hendricks. Visitation will be held on Monday evening, March 9 from 6:00 p.m. until 8:00 p.m. To leave his family a message, please visit his Tribute Wall at www.shipmansfuneralhome.com. Arrangements are under the direction of Shipman’s Funeral & Cremation Service.

To order memorial trees or send flowers to the family in memory of Vernie Vanbeber, please visit our flower store.