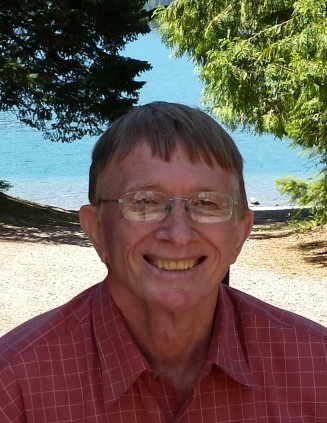 Walter Dee Alcorn, 72, of Pryor and formerly of Muskogee, passed away on Friday, January 31, 2020 in Claremore, Oklahoma.  He was born on May 24, 1947 in Lindsay, Oklahoma to Ermon and Ruby (Hayes) Alcorn.  On March 19, 1972 Walter met and fell in love with the love of his life, Anne Ross, and they were married July 28, 1972 in Lindsay, Oklahoma. Walter graduated from Hughes High School in 1965 and then attended Murray State College, the Thomas Gafford School of Medical Technology, and graduated from East Central University with a Bachelor of Science in Medical Technology in 1973. Walter also enlisted and faithfully served his country in the United States Marine Corp.  He enjoyed being outside, especially working in his yard and snow skiing.  He also took great pleasure in coaching his son and many other young men and women in youth baseball for over eight years and served on the board of the Muskogee Knothole Baseball Association.  Walter was ordained a Deacon and also served as Trustee at Boston Avenue Baptist Church.  He was a wonderful husband and father and was a blessing to all who knew and loved him.

Walter was a mentor and guiding force in the lives of so many of the young men who played on the baseball teams he coached. Walter and Anne's home became a home-away-from-home for so many of these young men.  Walter couldn't have been more proud when they would tease him that their last name was also "Alcorn". Through the years he was almost brought to tears when they would stop by and catch him working in the yard to tell him how much they appreciated his love and leadership in their lives and to thank "Coach".

Walter is survived by his wife, Anne, of the home; son, Bryan Alcorn, of Norman, Oklahoma; Kevin Williams, who was like a son to him, and wife Aubree of Warr Acres, Oklahoma; sister, Leota McCoy, of Lindsay, Oklahoma; best friend, Carole Stacy, of Warner, Oklahoma; numerous nieces and nephews and other relatives and friends.  He is preceded in death by his parents, Ermon and Ruby; sister, Betty June Buchanan; brother, Jesse Alcorn; and stepfather, Frank Williams.

Funeral services for Walter will be held on Tuesday, February 4, 2020 at 2:00 pm at the First United Methodist Church in Pryor, Oklahoma with Reverend Kelly Payne and Reverend Sam Wilson officiating.  Burial will be in the Graham Memorial Cemetery with Lloyd "B'ver" McCoy, Gary McCoy, Monte McCoy, Billy Alcorn, and Mike Buchanan serving as casket bearers.  Honorary casket bearers are the young men of the Muskogee Knothole Association as well as all of our "shop-sons" who will always be part of our family.  Visitation will be held Monday, February 3, 2020 from 6:00 pm to 8:00 pm at Shipman's Funeral Home Chapel. The family asks that in lieu of flowers, donations be made to the Oklahoma Baptist Homes for Children, Owasso Campus, at 3800 North May Avenue, Oklahoma City, Oklahoma 73112. To leave his family a message, please visit his Book of Memories at http://www.shipmansfuneralhome.com .Arrangements are under the direction of Shipman's Funeral & Cremation Service.

To order memorial trees or send flowers to the family in memory of Walter Alcorn, please visit our flower store.