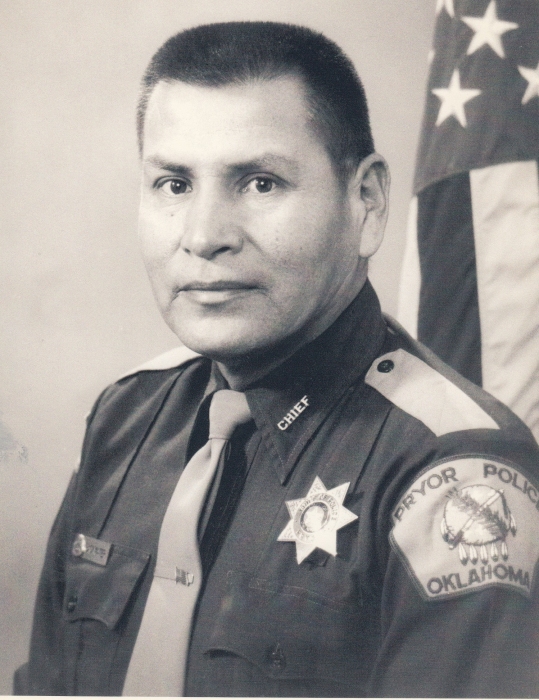 Wiley James Backwater was born on November 5, 1943 to Jim and Katie (Wofford) Backwater in Claremore, Oklahoma. He departed this life on June 4, 2019 surrounded by his loving family in Tulsa, Oklahoma. Wiley grew up and attended school in Salina, graduating from Salina High School in 1962. He attended college at Connors State. In 1962, he joined the United States Army and served three years before being honorably discharged. Wiley worked in law enforcement most of his life. In 1965 he went to work for Pryor Police Department and served until 1980, serving as chief of police in 1975. In 1989, he was elected Sheriff of Mayes County and served until 1993 before retiring. During his retirement, he worked for the Hard Rock Casino in Catoosa doing armed security. Wiley was also a member of the Fraternal Order of Police. He enjoyed fishing, hunting and playing volley ball. More than anything, he loved spending time with his family, especially his grandchildren. Wiley was a devoted husband and father and he will be deeply missed by all who loved him. He is survived by his wife, Clara, of the home; two sons, David England and wife Amy of Locust Grove and Wiley Backwater Jr. of Tulsa; two daughters, Carlene Rosebrough and husband Tony of Adair and Shannon Backwater of Locust Grove; one daughter in law, Krista Backwater; fourteen grandchildren; one great grandchild; three sisters, Josephine Summerfield, Geneva Doerflinger and Mary Sutter and husband Rick; two brothers, Willis Backwater and wife Cinda and Billy Backwater and wife Karen and several nieces, nephews, other relatives and friends. He is preceded in death by his parents, Jim and Katie Backwater; one son, Jeremy Backwater and one brother, Jimmy Backwater.

To order memorial trees or send flowers to the family in memory of Wiley Backwater, please visit our flower store.