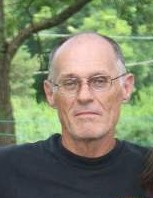 William “Bill” Edward Curtis, Jr., 63, of Chouteau, passed away on Tuesday, October 29, 2019 in Chouteau, Oklahoma. He was born on January 16, 1956 in Peoria, Illinois; the son of William E. Curtis and Loretta (Ford) Floyd. He worked as an Iron Worker most of his life and traveled around the country with his work as a journeyman. He enjoyed watching dirt track racing, drag racing, going hunting and spending time outdoors. Bill loved his family and enjoyed spending time with them. He leaves behind many wonderful memories and will be missed by all who knew and loved him.

Graveside services will be held at 11:30 a.m., Friday, November 1, 2019 in the Chouteau West Cemetery with Brett Drumm officiating. Visitation will be held from 6:00 p.m., until 8:00 p.m., Thursday, October 31, 2019 in the Shipman’s Funeral Home Chapel. To leave his family a message, please visit his Tribute Wall at www.shipmansfuneralhome.com. Arrangements are under the direction of Shipman’s Funeral & Cremation Service.

Bill is survived by his wife of 21 years, Cheryl Metzer of the home; Children, Steven Curtis and wife Paula of Roanoke, Virginia, Kevin Swope and wife Peggy of Smithsburg, Maryland, and Melissa Swope and husband Lupe of Front Royal, Virginia; mother and step – father, Loretta and Jerry Floyd of Chouteau, Oklahoma; brothers, Terry Curtis and wife Lori of Walnut Hill, Illinois and Jerry Floyd, Jr. and wife Theresa Floyd of Chelsea, Oklahoma; sister, Julie Drumm and husband Brett of Chouteau, Oklahoma; 9 grandchildren and 3 great grandchildren; and many other relatives and friends. He is preceded in death by his father, William Curtis, Sr.

To order memorial trees or send flowers to the family in memory of William "Bill" Curtis, Jr., please visit our flower store.